Another Day or Two of Speculation over Army Chief Appointment

Defense minister claims notification for next COAS will be issued by Nov. 26, when PTI is set to conclude its long march in Rawalpindi 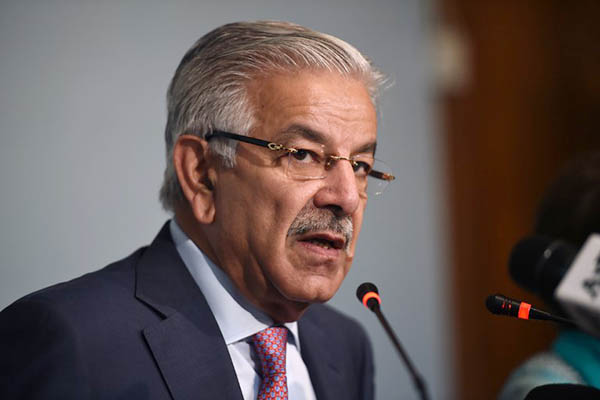 Defense Minister Khawaja Asif on Monday confirmed that his ministry had received a letter from Prime Minister Shehbaz Sharif seeking a summary for the appointment of the next Chief of Army Staff (COAS), adding this has been forwarded to General Headquarters.

Addressing the National Assembly, he explained that after the request, the summary and dossiers of all the candidates for COAS and the chairman joint chiefs of staff committee would likely be received by the Prime Minister’s Office within a day or two. If the process continues without any further hurdles, he said, the new Army chief should be appointed before Nov. 26—when the Pakistan Tehreek-e-Insaf is planning to conclude its stuttering “long march” in Rawalpindi.

Lamenting that the media was sowing confusion over the process, he urged journalists to exercise restraint and “maintain the sanctity of the process.” He claimed that must of the prevailing political unrest would be resolved after the Army chief had been appointed—implying anew that PTI chief Imran Khan’s protests’ sole goal is to secure a favorable COAS—and vowed to subsequently “take on” the opposition politician.

“Today, an institution [Army] is categorically stating that it has decided to give up its political or unconstitutional role and has made the announcement that it will play its constitutional role of defending the motherland, but Imran Khan has made their neutrality a curse,” he said, referring to Khan’s speeches in which he had claimed the armed forces could not remain “neutral” and should have facilitated his government’s bid to defeat the vote of no-confidence against it.

Regretting that Khan was attacking the same institution that had given him unrivaled support for nearly four years, he slammed the PTI chief for openly criticizing the security establishment’s attempts to stay out of politics. “This was nothing but an invitation to intervene and prevent us from taking a constitutional step, only to save his government,” he said.

Lamenting that the country’s current situation was a result of actions taken by all organs of the state, he urged politicians to grant the Army a chance to “fulfill their pledge that they will stay neutral.” Admitting that the mandates outlined by the Constitution had been blurred during Pakistan’s 75-year history, he accused politicians of repeatedly seeking military intervention in political matters; bureaucrats of facilitating both the establishment and political governments; the military establishment of ruling the country directly for 37 years and managing affairs indirectly even when not in power; as well as the judiciary for its “history.”

Later, appearing on Geo News, the defense minister reiterated that the notification for the appointment of the next COAS would be issued by Nov. 26, well before outgoing Army chief Gen. Qamar Javed Bajwa retires on Nov. 29. He alleged that the PTI chairman had chosen the date for his arrival to Rawalpindi because he might be expecting President Arif Alvi to delay the appointment process.

“Imran Khan has absolved the U.S. of the charge of a foreign conspiracy. He has said that the establishment did not hash out a conspiracy. However, he still maintains that they [establishment] could have averted the conspiracy to topple his government,” he said, referring to recent interviews and speeches of the ousted prime minister. He claimed this had virtually legitimized the vote of no-confidence by abandoning the narrative against the U.S. and the establishment

The ruling coalition, however, claims this would not happen, with Foreign Minister Bilawal Bhutto-Zardari warning that if the president tries to cause any delays, he would have to “face the consequences.” According to the current seniority list, the officers most likely to be considered for elevation are: Lt. Gen. Asim Munir; Lt. Gen. Sahir Shamshad Mirza; Lt. Gen. Azhar Abbas; Lt. Gen. Nauman Mehmood; Lt. Gen. Faiz Hamid; and Lt. Gen. Mohammad Amir. Of these, Lt. Gen. Munir is set to retire on Nov. 27, with observers suggesting the government might promote him to facilitate his appointment if it picks him for the next COAS.