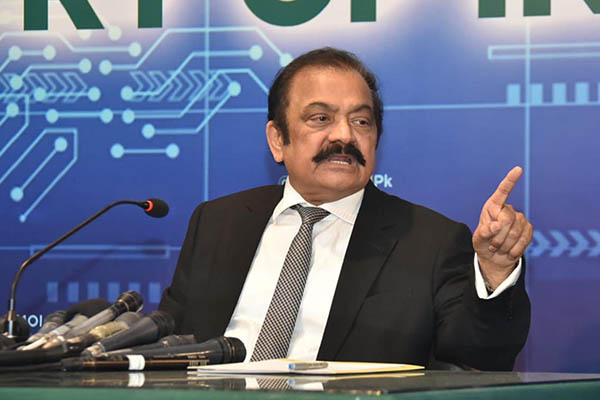 The federal government on Wednesday rejected the latest iteration of the Joint Investigation Team (JIT) formed by the Punjab government to probe the shooting on the Pakistan Tehreek-e-Insaf (PTI)’s long march in Wazirabad, suggesting it be reconstituted to include intelligence officials for a fair probe.

Referring specifically to the inclusion of Lahore Capital City Police Officer (CCPO) Ghulam Mahmood Dogar as “controversial,” the Interior Ministry also said there were some “legal” flaws to the new JIT. It said the formation of any JIT, under Section 19(1) of the Anti-Terrorism Act, 1997, requires the inclusion of officers of multiple agencies, including an intelligence agency. The JIT constituted by the Punjab government, it noted, comprised only officials of the Punjab police.

“Moreover, it has been observed that Ghulam Mahmood Dogar, the Lahore CCPO who has been appointed as convener of the JIT had been suspended vide Establishment Division’s notification issued on Nov. 5, but later temporarily restored by the Federal Service Tribunal,” it said, noting the controversies linked to Dogar would not inspire the public’s confidence in the probe.

“In view of the aforesaid it is clear that the JIT constituted by the Punjab government is in contravention of the relevant provisions of the Act ibid as not only there is no representation any other investigation agency, including an intelligence agency but the appointment of controversial police officer who is facing disciplinary proceedings and is temporarily restored, as convener of the JIT will further compromise the fairness of the inquiry,” it said, adding that the JIT had also been altered multiple times within a week, which raised questions over its fairness.

“It would, therefore, be appropriate for the Punjab government to constitute a JIT for a case of such sensitivity, which should comprise police officers with a proven track record of professional competence, experience and integrity and also include representatives of Intelligence Bureau and ISI in line with Section 19(1) of the ATA 1997 to ensure that the ends of the justice are met,” it added.

Dismissing the Interior Ministry’s letter, the Punjab government claimed the JIT had been constituted in line with the Constitution and law and there was no need to include any representative of a federal agency. Adviser to the C.M. Omar Sarfraz Cheema further said the constituted JIT would proceed with the investigation without hindrance.

Meanwhile, a sessions court in Wazirabad directed the constituted JIT to record the version of the petitioner, adding a new FIR was not needed on the basis of new information. Chairing the first meeting of the JIT, CCPO Lahore Dogar decided to visit the crime scene in Wazirabad; take custody of the prime suspect; and record statements of witnesses.

The JIT also decided to examine all available leads to trace the culprits behind the failed assassination attempt on Imran Khan and review medical examination reports of all injured persons during its next meeting.