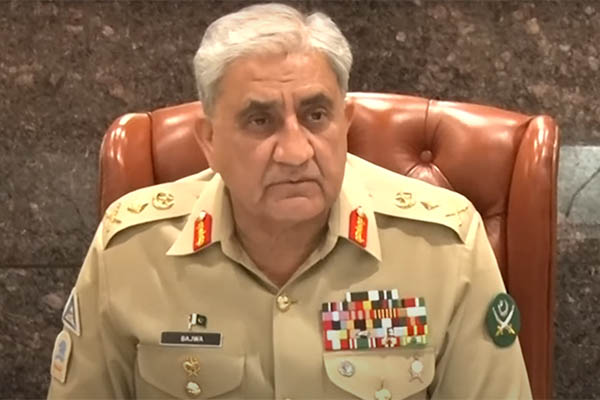 According to a statement issued by the military’s media wing, the Inter-Services Public Relations (ISPR), the forum stressed that Pakistan had undertaken all necessary measures to strengthen its nuclear security regime and bring it on par with international best practices.

The public statement on the security of Pakistan’s nuclear program appeared to be an indirect response to controversial remarks of U.S. President Joe Biden in which he had described Pakistan as the “maybe one of the most dangerous nations in the world.” Referring to various global threats to U.S. interests, he had alleged that his concern with Pakistan arose from “nuclear weapons without any cohesion.”

The statement had sparked outrage in Pakistan, with both government and opposition politicians stressing that the country’s nuclear assets were secure and slamming Biden for his “irresponsible” statement. The Foreign Office also summoned U.S. Ambassador to Pakistan Donald Blome to issue a formal demarche on the comments. Earlier this week, a spokesperson for the State Department sought to backtrack, maintaining that Washington was “confident of Pakistan’s commitment and its ability to secure nuclear assets.”

During the Corps Commanders’ Conference, the participants took a comprehensive review of the prevailing internal and external security situation and operational preparedness of the Pakistan Army, according to the ISPR. It said the forum had been briefed on the Army’s assistance to the civil administration for flood relief and rehabilitation efforts, as well as the post-flood situation in the areas hardest-hit, particularly in Sindh and Balochistan.

While expressing satisfaction over operational preparedness of the formations, the Corps Commanders reiterated the Pakistan Army’s resolve to defend the motherland against all threats. Army chief Gen. Qamar Javed Bajwa, who chaired the meeting, lauded the formations’ operational readiness and sustained efforts during flood relief duties, the ISPR added.