Home Editorial Editorial: Balochistan and Writ of the State

Editorial: Balochistan and Writ of the State

Unless ‘normalcy’ is ensured in the restive province, the sense of deprivation among its residents is unlikely to subside 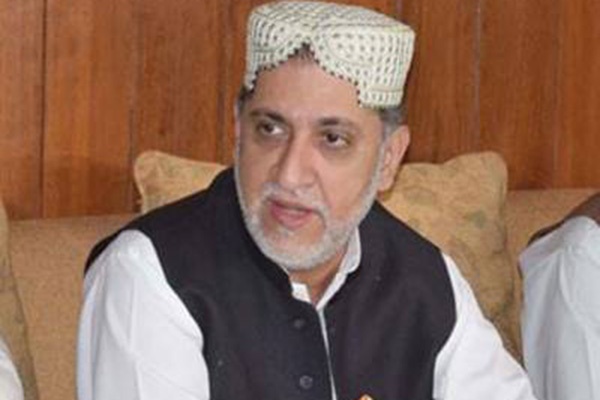 Akhtar Mengal, leader of the Balochistan National Party, has once again raised the question of governance in the Balochistan province at the National Assembly, pointing to violation of human rights by the state and warning that “most Baloch youth have reached a point of no return.” This statement once again highlights the way Pakistan has treated its strategically most important province, where the writ of the state is minimal. Consequently, “foreign penetration” has been noted there in the past, highlighting the threat of “separatism” in a province integral to Pakistan’s future through economic projects that the country has planned and is trying to execute.

In 2015, Chinese President Xi Jinping visited Pakistan and announced the multibillion-dollar China-Pakistan Economic Corridor (CPEC) as part of his flagship Belt and Road Initiative. It was a special day for Islamabad. The desolate port of Gwadar where this project was to climax began to boom in activity. Unfortunately, the country’s Baloch “nationalists”—another name for separatists—and their underground organizations opposed the CPEC from the start on the grounds that “it would turn the Baloch people into a minority in their own province.” In the following years, Baloch insurgents killed Chinese engineers and workers in the province. One of the incidents took place in Gwadar where, in May 2004, militants killed three Chinese engineers. Then, following the CPEC announcement, Pakistan deployed 17,177 security personnel to ensure the security of Chinese nationals. Terror reared its head again in 2019, when two reported incidents put the province on edge. The first attack occurred on April 18, when 15-20 Baloch insurgents dressed in military uniforms forced 14 passengers off a public bus and shot them dead. Most of the victims were from the Pakistan Navy and Coast Guards, whom Baloch insurgents view as an occupying force.

In 1947, the British Raj bequeathed to the Muslims of India a tightly administered state. But next-door Afghanistan was still “uncentralized” and couldn’t be called a normal state. It couldn’t prevent penetration of its territory and it couldn’t collect taxes. Pakistan soon began imitating Afghanistan by neglecting to establish its own writ. Balochistan not only lacks writ of the state it is also open to penetration by enemy states encouraging the locals—feeling rightfully deprived because the state has failed to take over and provide them with security and rights—to demand rights akin to separation. Pakistan has been remiss in achieving the status of a normal state by neglecting large parts of its territory, thus depriving them of the sociology of become normally governed. As a consequence, Pakistan’s north, northwest and the large province of Balochistan are without a normal presence of the state. This negligence on the part of a “nuclear state” has also made it possible for frustrated Baloch politicians at times to ignore the concept of the integrity of the state to pursue politics that the rest of Pakistan regards as treachery.