The U.S. president’s controversial remarks may well be the fallout of tensions between Beijing and Washington 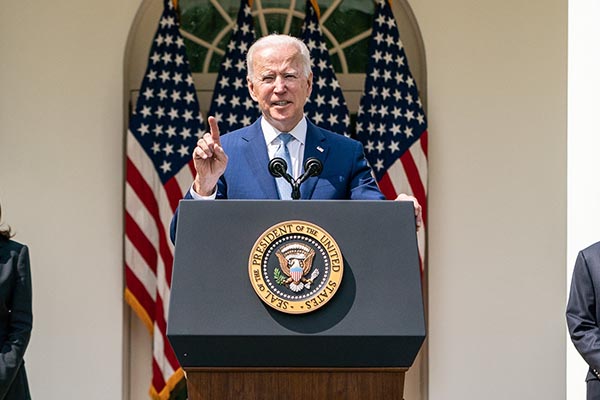 Pakistan has formally protested to the U.S. over President Joe Biden describing Pakistan as “one of the most dangerous nations in the world” and questioning its nuclear weapons’ safety protocols, resulting in the U.S. State Department backtracking from the presidential remark. Biden made the comment during a private fundraiser, but it went public after the White House published a transcript of his comments, upsetting Pakistan. Most Pakistanis would be surprised that a “pro-America” country—excluding Imran Khan—should be thought of as “dangerous” by the American president. Some will say that it is understandable as Biden is a Democrat, the party traditionally not inclined towards Pakistan. Even as an ally of India on its move against China in the Eastern Pacific, Biden might see Pakistan as a loyal partner of China and not like it too much amidst ongoing rancor between the superpowers. Or was the remark just “off the cuff”?

Besides the “democrat” factor—with some praying that Republican Donald Trump returns to the White House after the next elections—the fact is that Pakistan and the U.S. have repeatedly fallen out, most recently over what to do in Afghanistan when the Americans were readying to exit the country. While Pakistan gave Washington “crucial access” to the war-torn state, Islamabad is widely perceived to have “secretly” aided the Taliban, who swept back to power as foreign troops pulled out. Nevertheless, whether Imran Khan likes it or not, America remains important for Pakistan as its largest export destination. But with international politics changing from the old contest between the U.S. and the Soviet Union to a U.S.-China standoff, Biden’s remarks about Pakistan don’t come across as too surprising.

For Pakistan, which summoned the U.S. ambassador for a formal demarche, it is a lame excuse for Washington to say, “It was not an official function, it was not an address to the nation or an address to the parliament.” What likely bothers the U.S. president while he mounts pressure on China in the Far East is the “$54 billion economic corridor that China will build in Pakistan and give Beijing an outlet to the Indian Ocean.” The truth is that more trouble will come Pakistan’s way—an old U.S. ally—as Washington goes on to consider China its next big global competitor despite decades of close trade relations and cooperation when the Soviet Union—later Russia—was their mutual enemy. (Remember Pakistan helped Henry Kissinger link up with China?) Pakistan however has to look at itself closely. Is it in danger from the outside? Or is it in danger internally? The truth of the matter is that its writ of the state on all its territory has not improved after over 70 years in existence. The trouble Pakistan is currently facing in the erstwhile tribal areas—where members of the Pakistani Taliban are attacking across the Durand Line from Afghanistan—and in Balochistan—where it has equally failed to impose its writ—leaves its forces subject to frequent attacks from militants who have made governance virtually impossible, triggering global fears over the country’s “cohesion,” as expressed by Biden.