Editorial: Cult of ‘Inside’ Journalism 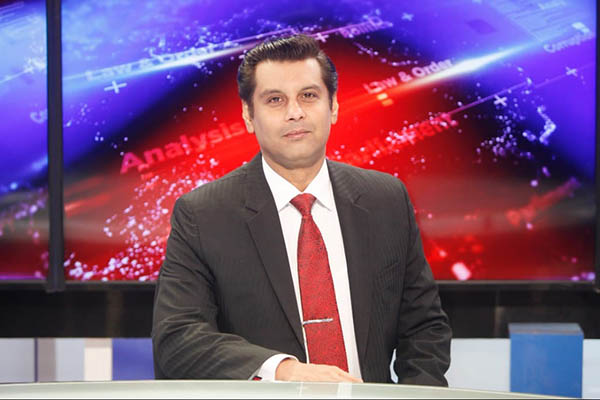 The killing of journalist Arshad Sharif has caused a change of political communication in Pakistan, uncritically placing him on a pedestal after his mysterious death after fleeing from Pakistan. PTI Chairman Imran Khan pointed the first finger when he admitted that he had advised Sharif to leave Pakistan because “his life was in danger.” He never said from who, but strongly implied the Pakistan Army had orchestrated the killing through Kenyan police. The Army, however, expressed equal shock, with the military spokesman condemning the killing with the rest of the country. As politicians squared off, trading blame for the killing, Sharif’s family remained in the background, sensitive to the consequences of the “rebellious” journalism Sharif was involved in. Soon, the general assumption was that the journalist had fallen out with the Army for abandoning its earlier posture of siding with Imran Khan.

Things have changed since then. While the PTI has been ramping up its broadsides against the Army, the party suffered a minor upheaval when Faisal Vawda, since ousted from the PTI, alleged that “some people within the PTI” stood to gain from Sharif’s murder.” He further alleged that the planning of the murder was carried out in Pakistan by “those who could benefit from it.” Vawda’s claims were different in detail: Sharif was not shot by Kenyan police from behind the car he was riding in, but from within the car, implying an “inside job.” Mysteriously, he claimed to be aware of a conspiracy, adding he had informed Khan about it. Vawda’s final comment: “A common man could not send Arshad to Kenya from Dubai. Those are the people who wish to see instability and chaos in the country. This wasn’t a plain death. It was cold-blooded murder.”

Following his press conference, Vawda was removed from the PTI by Khan. Private broadcaster ARY News, whose chief has been living in Dubai since its own falling out with the establishment, has already been facing the brunt of legal action over its reportage. In August, Pakistani cable operators were ordered by the Pakistan Electronic Media Regulatory Authority (PEMRA) to block the transmission of ARY News immediately “till further notice,” following which a formal show-cause notice was sent accusing ARY of airing “false, hateful and seditious content.” It also alleged that ARY News had broadcast comments from Khan’s aide, Shahbaz Gill, that were “tantamount to inciting the rank and file of armed forces towards revolt.” Similar backlash has been witnessed by Bol News, also “sympathetic” to Khan. Clearly there is a media polarization on Khan’s ongoing tiff with the Pakistan Army, causing a number of pro-PTI TV anchors to flee the country. One hopes that they flee to the right country this time and stay safe.