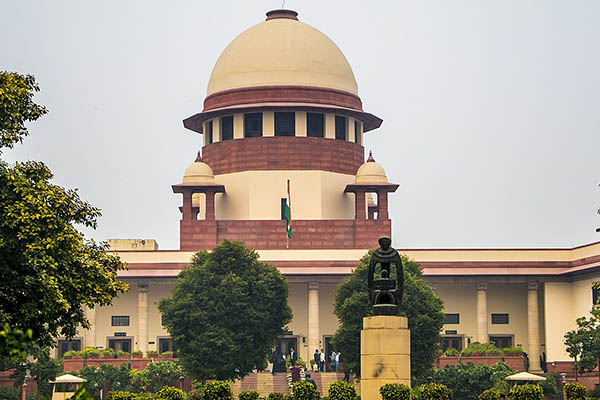 The fate of the 70-year-old struggle of India’s “converts”—mostly among the “untouchable” hierarchy of caste-ridden Hinduism—may now rest in the hands of the Indian judiciary.

The Indian Supreme Court is currently hearing appeals against Article 341(3) of the Indian Constitution, which assures affirmative action including scholarships, jobs and political representation to this group of citizens, but only so long as they remain Hindu. This means that if they convert to Christianity or Islam, they lose the benefits. The converts might also be jailed if the government discovers that they studied in Church schools on scholarships given to Christian students. Dalits, who embraced other religions, have already been denied the benefits of affirmative action by a presidential order. In short, conversions away from Hinduism are being legally penalized.

Justice Balakrishnan was the first Dalit, as the former untouchable castes now call themselves, to become the chief justice of India. His elevation was the direct result of a question raised by former President K. R. Narayanan, the first Dalit to hold the high office, on “why people oppressed for 3,000 years in India’s ancient religious social governance system, could not occupy high statutory offices.” Dalits who embraced other religions were denied the benefits of affirmative action by presidential order in 1950, which later became Article 341(3), due to pressure from Hindu upper castes that feared a large-scale exodus of Dalits to Islam or Christianity. Ironically, six years after helping to create India’s secular Constitution, Dalit icon Dr. B. R. Ambedkar led half a million Dalits into renouncing Hinduism and joining a reformed Buddhism in the city of Nagpur in 1956.

Rashtriya Swayamsewak Sangh (RSS), the militant Hindu majoritarian organization, has sought to create a Hindu nation while disenfranchising Christians and Muslims; but the Constitution was changed to ensure that Buddhists and Sikhs, defined as Indic religions because they were founded in this land, get the scheduled benefits given to Hindu Dalits. To their mind, the ruling British got hold of many Hindu untouchables and converted them to Christianity to become ”normal” citizens under the law. In our times, it was found that Christians and Muslims were being discriminated against but must get the same benefits as given to Hindu, Sikh and Buddhist communities. Whatever the BJP government may in fact want to do under the circumstances, the RSS-affiliated elements are more categorical in rejecting any privilege for Dalit Christians and Muslims. Any move to stop more conversions is close to the heart of the Bharatiya Janata Party. The minorities are shocked that no major political group is supporting their cause. Everyone is scared of the “the Hindu vote” threatening the politicians into submission.