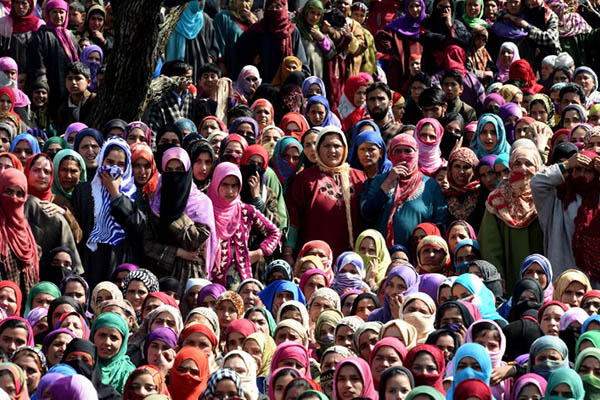 The global population has ballooned to 8 billion people, according to the United Nations Population Fund. Pakistan, per the U.N. agency, has an average growth rate of 1.9 percent and is among eight countries where more than half of the increase in the global population will be concentrated leading up to 2050. Despite this, there is little effort within Pakistan’s ideological vanguard to examine the country’s crippling overpopulation. As the state’s writ is increasingly challenged in many parts of Pakistan neglected by it, and worsened by recent flooding, the country’s capacity to feed and rear its people is coming into focus. It began by being conscious of high population, but as its march towards ideology became more determined, the growth indicators became more prideful than embarrassing.

Pakistan is now the fifth most populous nation in the world. Approximately four to five million children are added to the existing numbers every year, with estimates the national population could hit 300 million by 2030. This increase comes against a stagnating literacy rate of 60 percent, with 32 percent of people under 15 unable to read or write. Of the remaining 68 percent, many drop out of school, while the overall enrolment rate is one of the lowest in South Asia. There is little evidence of education being a priority for the government, which spends a mere 2 percent of the GDP on the sector, further pushing the country into isolation in an increasingly interconnected world.

Pakistan’s ideological leaders see more danger from America than in the problems arising from the number of people to feed and sustain. There are steps Pakistan could take to forestall this coming undoing of the state because of overpopulation but its political mindset will not allow it to hitch education to “rationality” that recommends population-control. Most observers who warn Pakistan of what is coming ignore the changed nature of the Pakistani state, which by its intellectual evolution has become incapable of heeding any rational discourse. The plaint that it spends only two percent of the budget on education ignores the fact that more spent on this kind of non-rational education will accelerate the death of the state instead of saving it.

There was a time of “ideological immaturity” when “birth control” was the mantra and you could see it on large hoardings along the city roads giving out messages of security and prosperity through a small family. All that is now “ideologically” impossible because the Pakistani mind has come full circle. Now the solution, a la leaders like Imran Khan, is “free kitchens” and their related economic malpractices rather than education when it meant something else in bygone days. Today it too has been overwhelmed by ideology. There was a time in 1947 when East Pakistan was more populous than West Pakistan; today a non-ideological Bangladesh is no longer threatened by the size of its population and has $40 billion in its kitty compared to Pakistan’s borrowed dollars.