With the rifts between China and the U.S. widening, Pakistan could soon be forced to pick a side 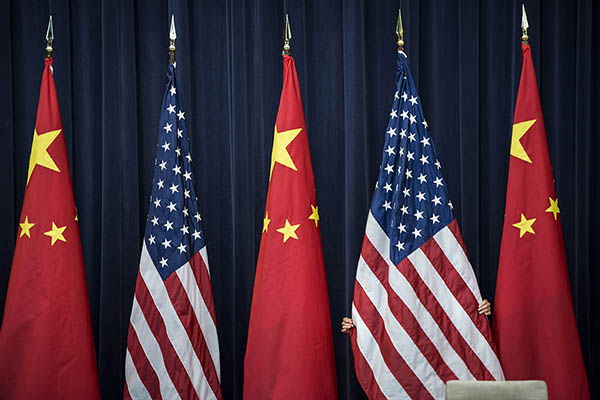 In a recent op-ed, former Pakistani ambassador to the U.S. Maleeha Lodhi wrote that “the historically close Pak-U.S. relationship has been in flux following the American military withdrawal from Afghanistan last year after its longest war. For two decades, the war provided the principal basis for engagement and cooperation between the two countries even as it became a source of mutual mistrust and disenchantment. But this marked only another episode in a mercurial, rollercoaster relationship, characterized by cyclical swings between intense engagement and deep estrangement.” On the roads of Pakistan, however, Imran Khan seems to have already decided where Pakistan should go.

Islamabad was among Washington’s allies during the anti-Soviet Cold War, when the latter had military bases in Pakistan while neighboring India was on the other side; however, the U.S.’s relationship with Pakistan was always unable to overcome certain “ideological” hurdles. The Cold War paved the way for the war on terrorism, which was to become a bilateral conundrum, while Pakistan’s habit of relapsing into military dictatorship was anathema to the democratic U.S. Following America’s invasion of Afghanistan after the events of 9/11, the war on terror became another bone of contention when the U.S., once amused by the anti-Soviet jihad, began seeing Pakistan as a facilitator, culminating in the killing of Al Qaeda chief Osama bin Laden in Abbottabad in a violation of Pakistani sovereignty. The manner in which this war was executed “impaired democracy in Pakistan, incited Pashtun nationalism in the tribal areas, and unleashed a jihad in addition to a class and cultural war.” The decade-long war on terror also fueled anti-Americanism, with many “religious” jihadis crossing a line Pakistan didn’t like but could do nothing about. Pakistan itself kept rolling with its “ideology” while the state lost control over it, as witnessed in the case of Lal Masjid.

The big paradox was, and remains, the “ideology” that pushes Pakistan against Western democracy—and toward China. This was not a good model to follow in the eyes of the U.S., which finally fell out with Pakistan and shifted toward anti-China India; seen by many in Pakistan as a hostile act.

Washington was associated with its anti-USSR policy for half a century, following which it decided to firm up its presence in the “Indo-Pacific” region, even if it required flirting with Taiwan at the expense of ties with China. In this scenario, India was the most suitable anti-China partner: as stated in a strategy document drafted by the Trump administration, it was time for “the United States and India to translate their shared concerns about China’s increasing aggressive and assertive behavior into sustained cooperation.” A unipolar world was never a good situation for Pakistan. Its response was guarded, but what has happened to it politically in the shape of “anti-American” Imran Khan has put it on a path that it may not have wanted to take strategically. For the first time, a more “strategic” Army does not want to join the new “division” in South Asia while playing on the wrong side.