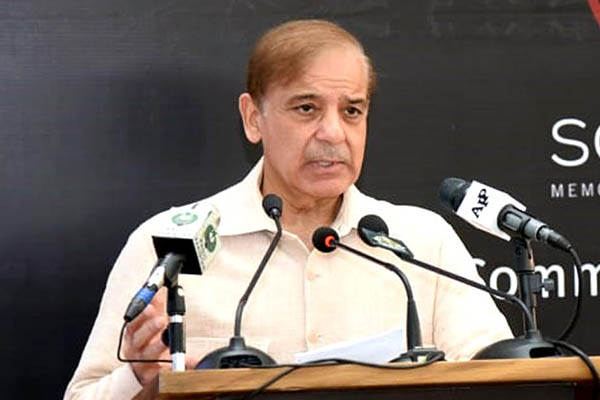 Prime Minister Shehbaz Sharif has a tough time ahead of him in managing a ramshackle country being run into a blind alley by self-proclaimed “most popular politician” Imran Khan, whose Pakistan Tehreek-e-Insaf has a government in over half the country’s territory. Khan’s “greatness” is premised on his perceived “defiance,” which the people of Pakistan love, even as the rest of the world sees it as a populist rhetoric that leans on the “Islamic touch” to mislead the masses. During his time as prime minister, he bucked the Chinese on the Belt and Road Initiative; challenged the Americans; offended the Arabs in the Gulf; and was forced to clarify to Iran why Pakistan staged a military exercise in Azerbaijan when Iranian troops were on its border over a longstanding dispute.

The incumbent prime minister inherited this mess in a clearly weakened position, with no stronghold in Punjab and a leadership persistently undermined by his elder brother, Nawaz Sharif, who projects differing views while sitting abroad. A realist administrator with little appetite for “confrontation,” Shehbaz has struggled to lead a state so hounded by internal and external roadblocks, warning of harsher times ahead as the country struggles to steer itself out of a persistent economic crisis. The main obstacle—since resolved—was to revive a bailout program with the International Monetary Fund (IMF) stalled due to violations by the PTI government. The other, more important, job was to repair the damage done by Khan to Pakistan’s international relations, especially with the U.S., during the rule of a Democratic party in decline that is inclined to favor India in the Indo-Pacific region. Khan was thick with Republican Trump, who now wants another term in office. The signs don’t bode well.

Pakistan is lame-duck in the region compared to neighboring India and Bangladesh. Despite his reputation as a great administrator, Shehbaz is too hampered by the loss of important provinces to Khan, whose popularity rests on hating the West—i.e. America—and “ruling families who have undermined Pakistan through their corruption.” Is it fair to pin our hopes on Shehbaz?

When he last ruled Punjab—from 2013-2018—Shehbaz Sharif boasted exemplary governance in the midst of all the risks taken by the Army through its Kashmir jihad and the proxy rule of the Taliban in Afghanistan. This has not been visible in the six-odd months he’s been prime minister. Given the current conditions, some experts believe Shehbaz will have no choice but to proceed for early elections after a few more months in power due to the pressures of managing a multi-party coalition and the prevailing economic crisis. But with much of the country still reeling from the aftermath of the floods and growing unrest in regions with a weak writ of the state, even elections are no panacea to all that ails Pakistan. Time is running out; even if the ruling coalition completes its constitutional term, elections would take place in less than a year, hardly enough time for Islamabad to offer the relief sought by the public to woo it away from the lure of Khan.