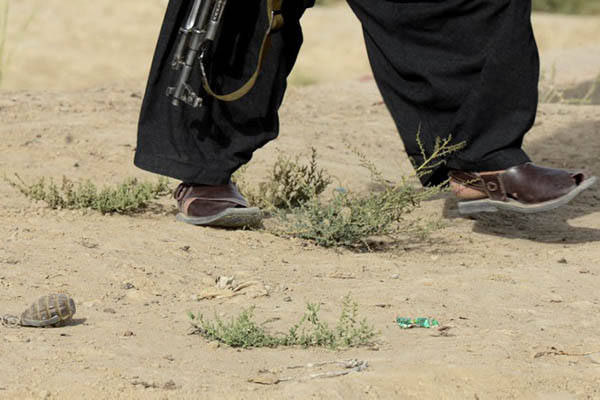 A Frontier Corps soldier was martyred and two others injured on Sunday following a cross-border attack from Afghanistan in Balochistan’s Chaman district.

According to Levies officials, Afghan security officials opened fire on the FC personnel while they were performing their duties on the Pakistani side of the Bab-e-Dosti near Chaman. They said that initial reports indicated that five personnel from the Afghan side had been killed and 14 others were injured in the gun-battle. The martyred FC soldier has been identified as one Rehmatullah.

Pakistani authorities contacted the Afghan government for a ceasefire after the incident, while Bab-e-Dosti was closed for all kinds of trade and pedestrian movement. Reportedly, Pakistani authorities have informed their Afghan counterparts that the “friendship gate” would remain closed until the culprits responsible have been handed over to them. Afghan authorities, however, maintain that the firing incident occurred after an unidentified terrorist targeted the security personnel in Pakistan, which then devolved into a cross-border incident.

The indefinite closure of the Chaman border crossing stands to impact trade between Pakistan and Afghanistan, with reports that a large number of trucks carrying Afghan transit trade goods and containers carrying import and export goods have been stranded on both sides of the border.