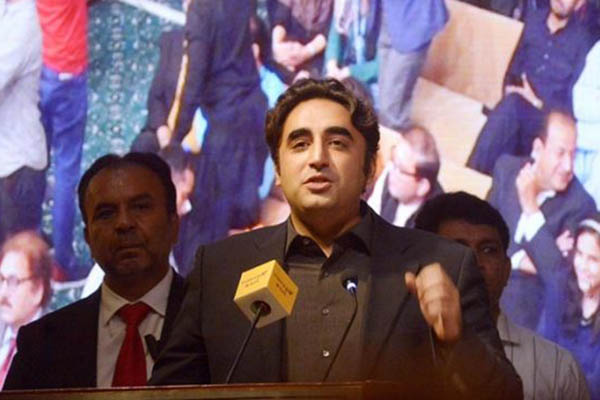 On Sunday, some among the crowd—reportedly members of the Progressive Student Collective—attending the Asma Jahangir Conference in Lahore interrupted speeches by government officials, including the foreign minister, by chanting slogans against the security establishment, particularly the Pakistan Army. Clips of the sloganeering went viral on social media, with some among the Pakistan Tehreek-e-Insaf even calling for sedition cases to be filed against the conference’s speakers and organizers for their participation in such an event.

As outrage among some circles mounted, Prime Minister Shehbaz Sharif condemned the “unjustified” slogans and regretted that state institutions were being targeted in this manner. In a posting on Twitter, he said the ruling coalition and his Pakistan Muslim League (Nawaz) party were committed to ensuring the freedom of expression but public events such as the conference should not be used for partisan political interests. “It is unfortunate that such forums are being used to target state institutions, especially the armed forces, for partisan political interests,” he said, claiming that concerned citizens had plenty of forums available to them to voice their views and it was unfortunate that offending slogans had been raised when “officers and men of armed forces are sacrificing their lives to save the country from internal and external threats.”

Similarly, Law Minister Tarar, who was the chief guest at the Asma Jahangir Conference, expressed unhappiness in a statement on Twitter over a “small group of people” raising slogans against state institutions. He said people were forgetting the sacrifices rendered by state institutions.

This was followed by a similar statement from Bhutto-Zardari. When chants were raised during his speech at the conference, he had urged the protesters to convey their concerns to “the people who are actually responsible.” In a seeming u-turn, he told media on Monday that his words at the event had not “suited” his position. “The statements and slogans related to the security agencies were inappropriate,” he said, adding that all groups should exercise caution in the political slogans they employ as “nations are built by the sacrifices of martyrs.”

Claiming the “hearts” of those who sacrificed their lives for the country should not be hurt, he claimed the security establishment had been moving toward its constitutional role after the vote of no-confidence that ousted Imran Khan and this should be appreciated. “I do not want to create any misunderstanding during the process of transitioning institutions to a constitutional role. Pakistan Army is on the target of terrorism and is fighting against terrorists,” he added.

Also on Monday, former President Zardari “strongly” condemned the slogans in a statement. “President Zardari said that no platform should be used against institutions,” it said, adding that he had also stressed that the survival of Pakistan depended on the institutions and it was a “pity” that one person has given nothing but abuse and hatred to this country.

“President Zardari said that we all know where this person is coming from and at whose request he is spreading hatred against institutions,” the statement continued, adding that Pakistan’s soldiers and officers are sacrificing their lives in their uniforms and slogans against them are highly condemnable.

“We regret this behavior in an otherwise excellent atmosphere and gathering,” it said, adding the organizers would ensure a more “robust” mechanism for entry to the event in future to prevent similar disruptions from taking place.

Meanwhile, police in Lahore have registered a case against Pashtun Tahaffuz Movement (PTM) chief Manzoor Pashteen on terrorism charges over his speech at the Asma Jahangir Conference. Registered under Sections 124A, 149, 305 of the Pakistan Penal Code and The Anti-Terrorism Act, 1977-II-X on the complaint of a citizen, the FIR contends that Pashteen criticized the armed forces without any justification.