Full Board Review to Determine Fate of ‘Joyland’ 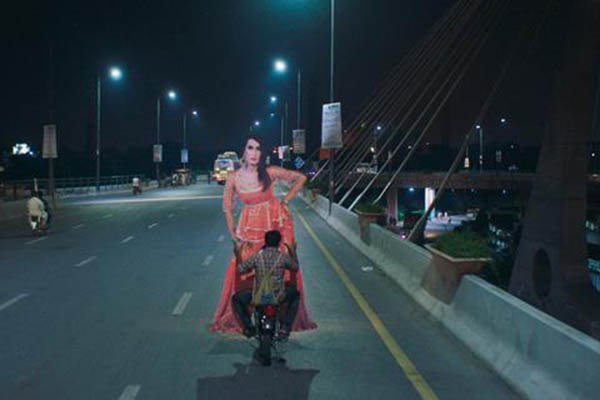 The Central Board of Film Censors has been tasked to review last week’s decision to withdraw the certification for Joyland, which became the first Pakistani film to win the Jury Prize at the Cannes Film Festival earlier this year, and determine whether it will be released in local cinemas.

Last week, a little over a week before it was due to be released on Nov. 18, the Information Ministry designated Joyland an “uncertified film” across Pakistan, saying the decision was taken under Section 9(2)(a) of the Motion Picture Ordinance, 1979. “… the film contains highly objectionable material, which do not conform with the social values and moral standards of society and is clearly repugnant to the norms of ‘decency and morality’ as laid down in Section 9” of the ordinance, it added.

The abrupt ban, imposed months after the film had been certified for release by Censor Boards in Sindh, Punjab and Islamabad, has drawn mass outrage, both in Pakistan and abroad. Media reporting has focused on the irony of Pakistan banning a movie that has already been picked to represent the country at the Academy Awards, noting the struggling film industry is unlikely to revive if quality filmmaking continues to face unnecessary hurdles.

On Tuesday, Prime Minister Shehbaz Sharif formed a special committee to evaluate complaints filed against Joyland and determine whether complaints of it being against “social and moral norms” were valid. In a meeting later the same day, the committee, which included several federal ministers and relevant government officials, recommended that the full, 19-member Central Board of Film Censors conduct a review of the film and take a final decision about its suitability for screening in the country.

Speaking with Geo News on Wednesday morning, Information Minister Marriyum Aurangzeb said she did not agree with the ban, but could not ignore the rising chorus of complaints against the film’s release. Stressing that the 18th Amendment had granted a great deal of autonomy to provincial governments, she said they had yet to enact legislation over film certification and until they did so, they were bound by orders of the Central Board. Instead of censoring, she said, governments should move toward age-restricted certification to ensure underage audiences could not be exposed to potentially inappropriate content, while allowing adults the right to make informed choices.

Meanwhile, filmmaker Saim Sadiq—who co-wrote, co-produced and directed the film—said he was still hoping for the government to allow his film’s release, noting his team did not want to consider a ‘Plan B’ for its release just yet. Earlier, he had issued a statement saying they were “gutted” by the decision. Criticizing the Information Ministry’s notification, he said it was “absolutely unconstitutional and illegal” and urged for the film to be released on time.