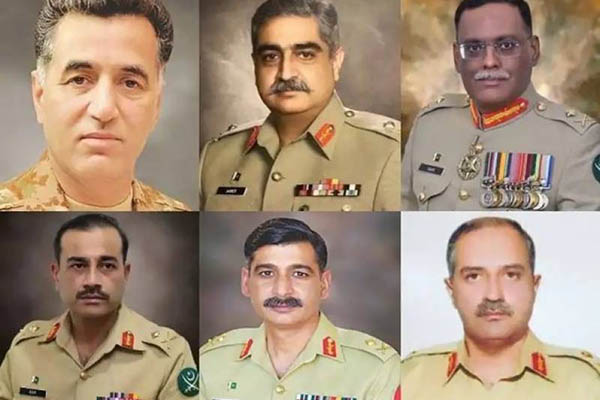 The military’s media wing, late on Tuesday night, confirmed that a summary for the appointment of the next Army chief has been sent to the Defense Ministry, ending widespread speculation over reasons for the perceived delay in the process.

“GHQ has forwarded the summary for selection of CJCSC [chairman joint chiefs of staff] and COAS [Chief of Army Staff], containing names of 6 senior-most Lt. Gens. to [Ministry of Defense],” read a posting on Twitter by the Inter-Services Public Relations (ISPR).

Unfortunately, in a continuation of the confusion that has persisted throughout the post’s appointment process, several ministers claimed reports of the summary’s receipt by the Prime Minister’s Office were premature—even minutes before the announcement.

Appearing on TV, Asif categorically rejected reports of the P.M.’s Office receiving the summary. This was further supported by Information Minister Marriyum Aurangzeb, who clarified less than an hour before the ISPR’s tweet that no summary had been received, adding that the public would be informed as soon as it arrived.

By Wednesday morning, however, all government functionaries had acknowledged the receipt of the summary and said it would be processed shortly.

Earlier, the defense minister had said that the matter would become clear within 24 hours—Wednesday evening—stressing that media speculation over civil-military tension were unjustified. According to sources, Prime Minister Shehbaz Sharif is expected to now hold consultations with Gen. Bajwa over the appointment of his successor, with the government maintaining the new appointment would be formally announced by Nov. 26.

The process for the appointment of the next Army chief—a source of much speculation for the last month—formally kicked off on Monday, when the prime minister asked the defense ministry for a summary of candidates, as well as their service dossiers. This request was subsequently forwarded to the General Headquarters.

Now, after the prime minister picks the next Army chief, he would advise President Arif Alvi to notify their appointment. A key cause of concern remains whether the president would agree with the advice or send it back for reconsideration.