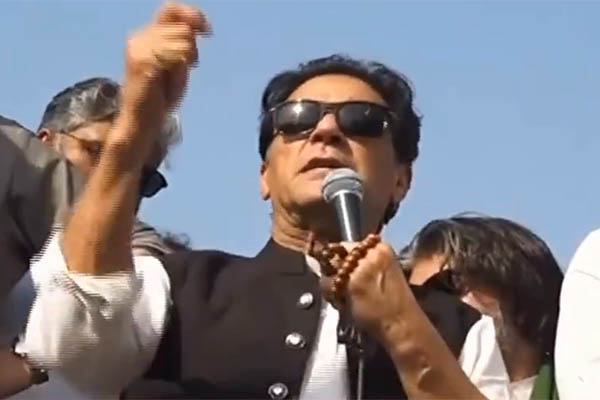 Pakistan Tehreek-e-Insaf (PTI) Chairman Imran Khan on Sunday won six of seven by-elections he was contesting for the National Assembly, according to unofficial results. His party also secured two of three by-elections for the Punjab Assembly, boosting its numbers in the provincial assembly where it has a coalition government with the Pakistan Muslim League (Quaid).

The seats being contested had been vacated after National Assembly Speaker Raja Pervaiz Ashraf accepted the resignations of 11 PTI MNAs—nine on general seats and two on reserved seats for women. Prior to the election, the PTI had attempted to get the acceptance of resignations reversed, arguing unsuccessfully before the Islamabad High Court that their resignations were issued on the “condition” that all would be accepted en masse and not piecemeal.

For the Punjab Assembly, the PTI won in PP-209 (Khanewal-VII) and PP-241 (Bahawalnagar-V); while losing in PP-139 (Sheikhupura-V) to the Pakistan Muslim League (Nawaz)’s Chaudhry Iftikhar Ahmed Bhangoo.

The ousted prime minister also won in NA-118 with 90,180 votes, according to unofficial results, defeating Shezra Mansab Ali of the PMLN who received 78,024 votes. In NA-239, he won by receiving 50,014 votes against the 18,116 votes secured by Nayyar Raza of the Muttahida Qaumi Movement-Pakistan.

However, Khan lost to PPP’s Abdul Hakeem Baloch in NA-237 after receiving just 22,493 votes against his rival’s 32,567, according to unofficial results. Despite his six wins, Khan is unlikely to take oath for even a single seat, as PTI Secretary General Asad Umar has already announced that this was a “symbolic” win.

The NA-157 seat that was not contested by Khan, but rather the daughter of PTI leader Shah Mahmood Qureshi, was lost to the PPP, with Musa Gilani—the son of former prime minister Yousaf Raza Gilani—securing 79,743 votes against his rival’s 59,993, according to unofficial results.

While the polling was conducted largely fairly with minimal reports of violence, there were reports of some “fake votes” being cast in Karachi. However, the Election Commission of Pakistan (ECP) clarified this was less than 20 and had minimal impact on the overall election results.

A spokesman for the ECP said Chief Election Commissioner Sikander Sultan Raja had been personally monitoring the polling and had ordered authorities to immediately arrest any individuals involved in rioting and interfering in the polling process. He said instructions had also been issued to take stern action against any government official found involved in rigging.

Meanwhile, ANP’s Ghulam Ahmad Bilour refused to accept his loss to Khan in the by-elections, accusing the Khyber-Pakhtunkhwa government of “massive rigging.” Alleging that the provincial government had deployed his people inside and outside polling stations and used state machinery against him, he maintained that Khan’s popularity was “clearly on the decline” and his loss was not justified by realities.