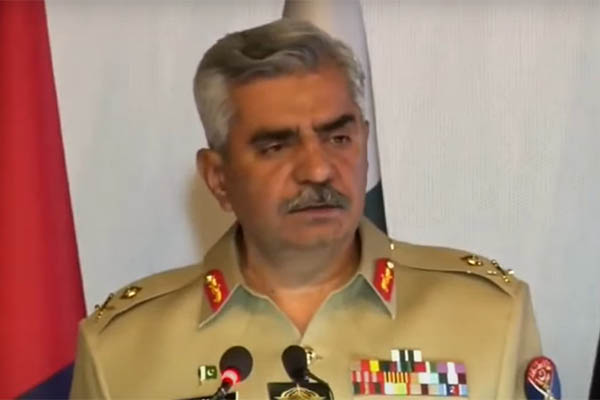 In a strongly worded statement, the Inter-Services Public Relations (ISPR) on Friday responded to Pakistan Tehreek-e-Insaf (PTI) Chairman Imran Khan’s allegations of an Army official planning his assassination, describing the claims as “frivolous” and driven by “vested interests.”

Khan, along with several other PTI leaders, was injured after being shot in Wazirabad on Thursday during his party’s long march on Islamabad. Subsequently, he has demanded the ouster of Prime Minister Shehbaz Sharif, Interior Minister Rana Sanaullah, and Maj. Gen. Faisal Naseer, alleging that they had “masterminded” the plot and a transparent probe was not possible so long as they remained on their posts. In a televised speech on Friday night, he called on his supporters to protest nationwide until they had stepped down and reiterated allegations of the military acting against his party, claiming that its workers have been threatened to leave the party.

Responding to the allegations, the military’s media wing issued a statement on Friday night in which it rejected the “baseless” allegations and vowed to safeguard the honor and prestige of its rank and file. “The baseless and irresponsible allegations by [PTI Chairman Imran Khan] against the institution and particularly a senior Army officer are absolutely unacceptable and uncalled for,” it said. “However, if the honor, safety, and prestige of its rank and file is being tarnished by vested interests through frivolous allegations, the institution will jealously safeguard its officers and soldiers no matter what,” it added.

Describing the “baseless” allegations as “highly regrettable and strongly condemned,” the ISPR emphasized that no one would be allowed to defame the institution or its soldiers with impunity. “Keeping this in view, the Government of Pakistan has been requested to investigate the matter and initiate legal action against those responsible for defamation and false accusations against the institution and its officials without any evidence whatsoever,” it added.

In a separate statement to CNN, the Inter-Services Intelligence (ISI) also described the accusations as “baseless,” and said it was an attempt to prejudice the investigation. “The organization had already sensitized the federal government about the threat to the former prime minister, who had communicated this to the Punjab provincial government,” it said, noting that Khan’s security fell under the purview of the Punjab government led by a coalition of the PTI and PMLQ.

“The incident of the shooting is a security lapse on behalf of the government of Punjab and cannot be attributed to any individual or any security agency,” it told the U.S.-based broadcaster. “The need of the hour is for calm in the country and not for irresponsible statements,” it added.

Earlier on Friday, Information Minister Marriyum Aurangzeb and Interior Minister Rana Sanullah also lashed out at Khan, questioning why he waited to be treated until he reached Shaukat Khanum Hospital if his injuries were serious. “We offer full cooperation of the federal government to investigate the incident,” said Aurangzeb, as she accused him of making false accusations without any evidence and noted that the investigation was the responsibility of the Punjab government.

Sanaullah, in an interview with Geo News, likewise alleged that Khan was lying, and maintained that an independent medical board was needed to verify Khan’s claims of being shot with four bullets. He also rejected the claims of multiple shooters, adding that CCTV footage of the attack could easily verify or disprove this.