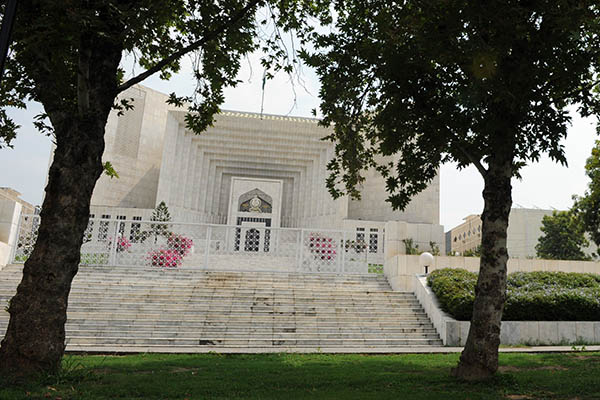 The Judicial Commission of Pakistan (JCP) on Monday approved the elevation of three high court judges to the Supreme Court in a controversial move, as two of the judges elevated violate the “seniority” principle that has been advocated by the legal fraternity.

The three judges approved for elevation to the apex court by the JCP are Islamabad High Court (IHC) Chief Justice Athar Minallah; Justice Shahid Waheed of the Lahore High Court (LHC); and Justice Hasan Azhar Rizvi of the Sindh High Court (SHC). Overall, the JCP meeting presided over by Chief Justice of Pakistan (CJP) Umar Ata Bandial deliberated over the elevation of four judges to the top court against five vacancies of its total strength of 17. The nomination of Justice Shafi Siddiqui of the SHC was deferred because the participants could not agree to his nomination.

If the three proposed judges are approved for elevation, the strength of the Supreme Court would increase to 15—just two short of a full court.

According to sources, Justice Minallah was the only judge whose elevation was approved unanimously, while Justices Rizvi and Waheed were recommended by a 5-4 ratio—with the CJP, Justice Ijazul Ahsan, the attorney general of Pakistan, Law Minister Azam Nazeer Tarar and Justice (retd.) Sarmad Jalal Osmany voting in their favor. Justice Qazi Faez Isa; Justice Sardar Tariq Masood; Justice Syed Mansoor Ali Shah; and Pakistan Bar Council (PBC) representative Akhtar Hussain voted against on the basis of the two judges being fourth on the seniority list of their respective courts.

The recommendations of the JCP would now be sent to the Parliamentary Committee on Appointment of Judges in Superior Courts for final approval before the judges can be elevated to the Supreme Court.

The decision of the two government representatives of the JCP—the attorney general and law minister—to deviate from their earlier position on the seniority principle has triggered controversy, raising questions over a potential “agreement” between the CJP and the ruling coalition. During the last JCP meeting, on July 28, the two representatives had rejected the CJP’s proposal to elevate Hasan Azhar Rizvi and Shahid Waheed.

In a letter addressed to the CJP last week, Justice Isa had questioned their re-nomination, noting that once they had already been rejected, it was tantamount to insulting the JCP to have them be placed back in consideration.

Prior to the JCP meeting, lawyers boycotted legal proceedings across Karachi to protest the nomination of junior judges of high courts to the Supreme Court. According to local media, hundreds of cases were adjourned due to lack of representation, as representatives of the Sindh Bar Council, the Sindh High Court Bar Association and the Karachi Bar Association met at the City Courts to criticize the CJP’s dismissal of the seniority principle to elevate judges from the high courts to the Supreme Court.