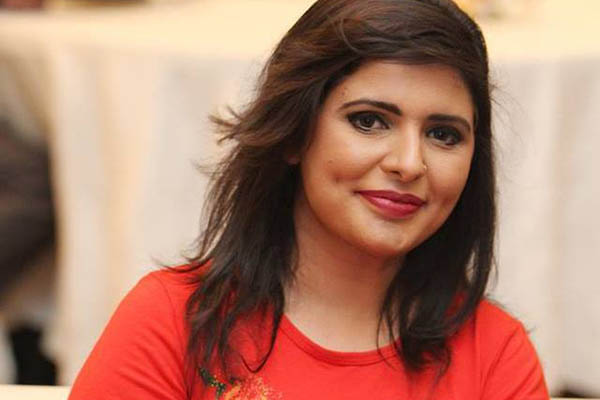 Journalist Sadaf Naeem was crushed under one of the Pakistan Tehreek-e-Insaf (PTI)’s containers on Sunday while covering the party’s long march for her media outlet, Channel 5, prompting Imran Khan to announce a halt to the demonstration until the following day (Monday).

The tragedy occurred after Naeem was attempting to exit the container after interviewing Khan, with Channel 5 reporting that she had been run over by the PTI chief’s container near Kamoke. It said that she had slipped and fallen off the container and was crushed to death beneath it before alarm could be raised.

Confirming the incident, PTI Senior Vice President Chaudhry Fawad Hussain said the ousted prime minister had exited the container to inspect the death, adding that the party had immediately alerted Rescue 1122. Urging the public to exercise caution when walking alongside the container, he said the party was suspending its long march for the rest of the day to express its condolences to the deceased’s family and the journalist community.

In a brief statement to protesters after the death, Khan confirmed the suspension of the march. “We pray for the patience and strength of the woman’s family to deal with the tragedy,” he said, adding that he had “no words” to express his sorrow at the incident.

There was an outpouring of support for Naeem after the tragedy, with journalists demanding media outlets offer training for their staff and provide them life insurance to help their families cope with such losses. There have also been calls for better management of the long march, with demands for the PTI to halt its container to allow the exit and entry of journalists, rather than forcing them to try to board or disembark from a moving vehicle.

In a posting on Twitter, Prime Minister Shehbaz Sharif expressed his “deep sorrow” over the death and offered his “heartfelt condolences” to Naeem’s family. “Sadaf Naeem was a dynamic and hardworking reporter,” he said and prayed for patience of the deceased’s family. Announcing Rs. 5 million in financial aid for her family, the premier also ordered authorities to immediately complete the regulation process and give them the announced amount.

President Arif Alvi, likewise, expressed his condolences and offered prayer for the departed. Information Minister Marriyum Aurangzeb said she had spoken with Naeem’s husband and assured government support for her family.

Foreign Minister Bilawal Bhutto Zardari regretted the tragedy, adding that the PTI was responsible for ensuring the safety of the public and journalists during its long march. He also called on the Punjab government to support the journalist’s family, particularly her children.

Punjab Chief Minister Pervez Elahi, in a statement, extended his condolences to Naeem’s family and announced Rs. 2.5 million in financial assistance for her family. “The Punjab government will take full care of the family,” he vowed.

Naeem, a resident of Lahore, is survived by her husband and four children.

Also on Sunday, Constable Liaquat Ali of the Punjab Police, deployed in Muridke to provide protection for the long march, died due to cardiac arrest. In a statement, the police said he was survived by three sons and a daughter. It said his body had been shifted to his ancestral village for its final rites.