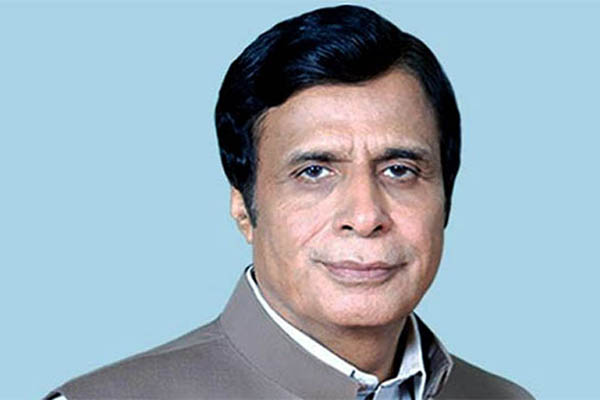 Punjab Chief Minister Parvez Elahi on Sunday claimed that Pakistan Tehreek-e-Insaf (PTI) Chairman Imran Khan has already clarified that the security establishment had no role in either toppling his government or the shooting on his container at Wazirabad earlier this month.

Elahi’s remarks appear to be a generous interpretation of Khan’s address to his supporters a day earlier. During a speech delivered via video-link, Khan said: “Let’s accept the establishment was not behind the regime change conspiracy, but it should have played its role and stopped the conspiracy, as it knew well about the background of the corrupt and the looters.” He added that no “regime change conspiracy” could succeed unless it was supported from “within.”

Addressing media in Lahore, the chief minister further claimed that Khan had “exposed” that the federal government was not doing any work. “For the past one decade or so only fake actions were taken in Punjab and the matters became worse,” he said, perhaps forgetting that the province was led by the PTI—his coalition partners—in the preceding 4 years.

Reiterating his claims of the PMLN’s successive governments in Punjab staging “political dramas,” he claimed it was the PTI that had introduced development works. Elahi also announced that the provincial government would soon launch an operation to remove encroachments from around Mayo Hospital, claiming alternate arrangements would be made for people displaced.

He said orders had been issued to prevent the kidnapping of newborns from hospitals, saying a new system would raise an alarm whenever anyone tried to take an infant out of a hospital without permission.