In detailed judgment, court says PMLN leader’s conviction in Avenfield reference was without ‘justification or basis’ 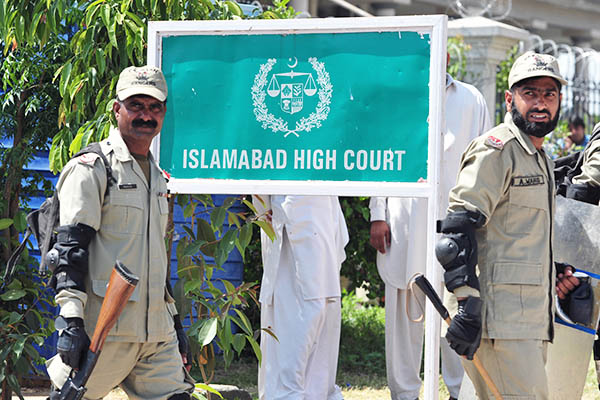 The Islamabad High Court (IHC) on Thursday issued its detailed verdict in the acquittal of Pakistan Muslim League (Nawaz) Vice President Maryam Nawaz and her husband Capt (retd.) Muhammad Safdar, saying their conviction in the Avenfield reference had been without “justification or basis.”

Signed by judges Mohsin Akhtar Kayani and Aamer Farooq, the 41-page ruling said the prosecution had failed to prove the case against the accused and their conviction had no justification. Expressing “dismay” at the nearly four years it had taken to decide the appeals in the case, the judgement noted this should have been done within 30 days of the original conviction. It regretted that not a “single document” had been presented by the prosecution that supported its stance, adding that NAB’s entire case was premised on Maryam, as well as her father Nawaz Sharif, failing to justify the resources that had been used to purchase the Avenfield Apartments.

According to the ruling, there is no document of title proving that Nawaz Sharif owned the Avenfield Apartments or had ever owned them. Referring to “key witness” Robert William Redley, it said his cross-examination had found that the Calibri font used in the Trust Deeds submitted by the Sharif family before the Supreme Court was available for use even prior to 2006, though not for commercial use. Additionally, it said, there was nothing to record to substantiate Redley’s status as an “expert” witness on the subject of availability of fonts or computer software. “… there is nothing on record to establish the credentials of Robert Redley as an expert and even if he is acknowledged as such his evidence is weak and does not prove per se that the trust deeds were bogus or fake in any way in the absence of any other proof in support thereof,” it said.

On the trust deeds, which were cited as evidence against Maryam, the court said that the private transaction between her and her brother, Hussain Nawaz Sharif, did not require registration under any law either of Pakistan or United Kingdom or, for that matter, any other country. The sole basis for disbelieving the declaration of Trusts, it said, was the testimony of Redley.

The order noted the role of NAB in probing the case had been disappointing. “In this behalf, the matter was referred to NAB by Supreme Court with the observation that it may rely on the material already collected by the JIT but that did not preclude NAB from investigating the matter independently,” it said, adding that the available information “clearly shows that no effort was made to investigate the issue independently.”

As the prosecution failed to prove its case against Maryam and her husband, read the judgment, their 2018 conviction has been set aside and they are acquitted of all charges.