Official visit coincides with Saudi Future Investment Initiative Summit, which the premier will attend on invite of Crown Prince 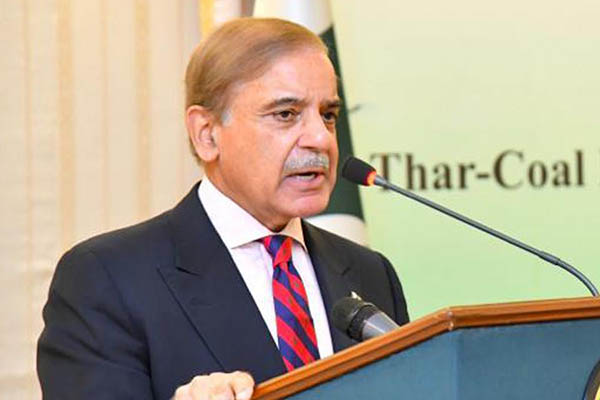 Prime Minister Shehbaz Sharif traveled to Saudi Arabia on Monday as part of an official visit on the invite of Crown Prince Mohammed bin Salman, who also serves as prime minister of the Gulf state, with a focus on discussing economic cooperation between the two nations.

According to a statement issued by the Foreign Office, the premier would travel from Islamabad to Riyadh, where he would hold consultations with the Saudi crown prince to review their countries’ longstanding fraternal relations, with a view to further strengthening multifaceted cooperation, especially in the economic field. “The prime minister will also attend the Saudi Future Investment Initiative Summit,” it added.

The visit comes ahead of a planned visit to Pakistan by the crown prince in November. Sharif extended the invitation to MBS during a recent phone call between the two leaders. The talk, per a statement, had focused on matters of mutual interest, as well as the devastation caused by this year’s floods.

Also on Monday, the Foreign Office condemned terrorist activities perpetrated against Saudi Arabia by Houthi rebels, stressing that it reaffirmed Islamabad’s “strong support” for the sovereignty and territorial integrity of the Gulf kingdom, as well as its efforts for a peaceful settlement in Yemen.

“Pakistan has consistently urged all parties to the conflict in Yemen to engage in peaceful and meaningful talks to end the hostilities, in line with the relevant U.N. Security Council Resolutions,” it said, adding that a truce reached earlier this year had proven beneficial and it was “deplorable” that it had not been renewed by the Houthis. “This would cause mounting hardship for ordinary Yemenis, and potentially derail the entire effort for attainment of durable peace,” it stressed, calling upon the Houthis to cease all militant activities and terrorist actions and engage in a “serious” dialogue to end the conflict and renew the truce.

“Pakistan believes that war serves no purpose, and all issues can be resolved through peaceful dialogue,” it said. “Adopting this path early will save thousands of innocent lives, and protect the future of the Yemeni people,” it added.