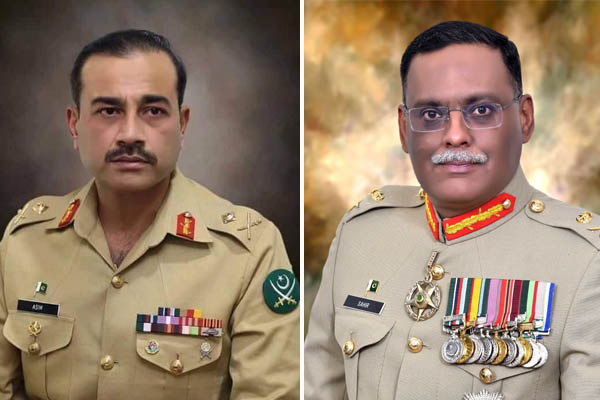 Information Minister Marriyum Aurangzeb on Thursday confirmed that Prime Minister Shehbaz Sharif has used his “constitutional authority” to pick Lt. Gen. Asim Munir as the next Army chief of Pakistan.

“The Prime Minister of Pakistan, Shehbaz Sharif, has decided to appoint Lt. Gen. Sahir Shamshad Mirza as the Chairman Joints Chiefs of Staff and Lt. Gen. Asim Munir as the Chief of Army Staff using his constitutional authority,” she posted on Twitter after a meeting of the federal cabinet. “A summary of this decision has already been sent to the President of Pakistan,” she added.

Speaking with media after the announcement, Defense Minister Khawaja Asif said all decisions regarding the appointment of the Army chief and CJCSC were taken as per law and Constitution. To a question on whether the government feared hurdles from President Arif Alvi, he said cabinet was sure the president would not create any controversy and would not politicize the important posting.

There have been mounting concerns of the president playing the role of spoiler, a perception that gained new support after Pakistan Tehreek-e-Insaf (PTI) Chairman Imran Khan told private broadcaster on Wednesday that Alvi would consult him on the matter and they had decided to “play with it” in accordance with the law and Constitution.

Lt. Gen. Sahir Shamshad Mirza, meanwhile, is currently serving as commander of the Rawalpindi Corps and has previously served as the Chief of General Staff, Adjutant General at the General Headquarters, and Director General for Military Operations.

Pakistan has been on tenterhooks about the appointment of the new Army chief for several months, with the matter becoming increasingly politicized over the PTI accusing the ruling coalition of ignoring merit in its selection process. This argument now appears to hold little water, as the government has appointed the two senior-most officers on the summary sent to it by the Army as the Army chief and CJCSC, respectively.