‘Pakistan is a Responsible Nuclear State’ 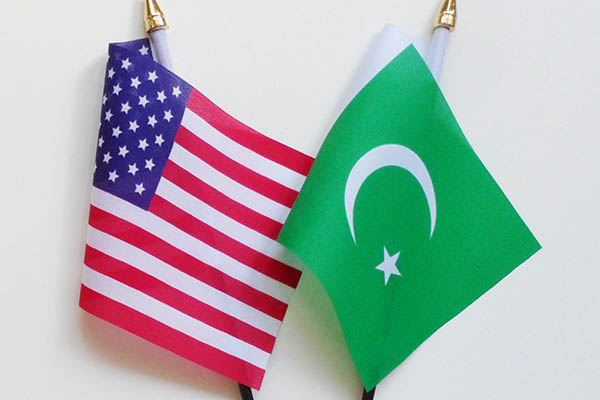 Various Pakistani leaders on Saturday responded in one voice to U.S. President Joe Biden’s controversial remarks about Pakistan’s nuclear weapons program by stressing that the country’s nuclear systems were completely “secure” and posed no threat to any other country.

In a speech to a Democratic congressional campaign committee reception in Los Angeles on Thursday, Biden discussed today’s “different” world, with an emphasis on Russia and China. In the context of the “enormous, enormous array of problems” facing Chinese President Xi Jinping, he said: “And what I think is maybe one of the most dangerous nations in the world: Pakistan. Nuclear weapons without any cohesion.”

Addressing a press conference from Karachi, Foreign Minister Bilawal Bhutto-Zardari said he had discussed the statement with the prime minister and U.S. Ambassador to Pakistan Donald Blome had been summoned to the Foreign Office for an official demarche. “As far as the questions on the safety and security of Pakistan’s nuclear assets are concerned, we meet all—each and every—international standard in accordance with the IAEA [International Atomic Energy Agency] as far as the safety and security of our nuclear assets,” he said.

“As far as I’m concerned,” he continued, “in our neighborhood, if there is any question as to nuclear safety and security, then those questions should be directed to our neighbor India, who very recently ‘accidentally’ fired a missile into Pakistani territory. That is not only irresponsible; that is not only unsafe, but raises genuine and serious concerns about the safety of nuclear-capable countries.”

Noting he was “surprised” by the remarks of President Biden, Bhutto-Zardari said he believed this was the exact sort of “misunderstanding” that was created when there was a lack of engagement. “Luckily, we have embarked on a journey of engagement. We have just marked the 75th anniversary of our bilateral relations in a very engaging manner at the level of the U.S. secretary of state and the foreign minister of Pakistan,” he said.

“If this was such a concern, I imagine that it would have been raised in that meeting with me,” he said, adding his ongoing engagements with the U.S. would address any “misconceptions” they might have to this specific question.

To further questions, he said he did not believe this would negatively impact ties between Pakistan and the U.S., adding Ambassador Blome should be granted the chance to clarify Biden’s remarks.

“On what information has [the U.S. president] reached this unwarranted conclusion on our nuclear capability when, having been P.M., I know we have one of the most secure nuclear command and control systems?” Pakistan Tehreek-e-Insaf (PTI) chairman and former prime minister Imran Khan said in a posting on Twitter. “Unlike the U.S., which has been involved in wars across the world, when has Pakistan shown aggression, especially post-nuclearization?” he said, describing Biden’s statement as a “total failure” of the incumbent government’s foreign policy. “My greatest worry is that … this government will also end up completely compromising our national security,” he added, without any further elaboration.

Similarly, in a statement posted on Twitter, former prime minister Nawaz Sharif—under whom Islamabad conducted its first nuclear weapons tests—said Pakistan was a responsible nuclear state. “Pakistan is a responsible nuclear state that is perfectly capable of safeguarding its national interest whilst respecting international law and practices,” he said. “Our nuclear program is in no way a threat to any country. Like all independent states, Pakistan reserves the right to protect its autonomy, sovereign statehood and territorial integrity,” he added.

Pakistan Peoples Party leader Farhatullah Babar, likewise, said Biden’s statement was “too serious a charge sheet” but claimed it was an opportunity for self-reflection. “Biden publicly saying about Pakistan ‘nuclear weapons without any cohesion’ is too serious a charge sheet. Insensitive, unprecedented and undiplomatic no doubt. But none of it should prevent us from taking a deep breath and look inwardly. Introspection doesn’t harm,” he wrote on Twitter.

UNCLE JOE IS IS UNAWARE OF THE DISASTERS OF THE INDIAN NUKE PROGRAM.dindooohindoo

• THERE WAS A CASE OF DELIBERATE MASS POISONING, IN KAIGA BY A SCIENTIST
• https://economictimes.indiatimes.com/news/politics-and-nation/sabotage-in-kaiga-tritium-added-to-drinking-water/articleshow/5282881.cms?from=mdr

• THERE ARE SEVERAL CASES OF RADIOACTIVE THEFT IN INDIA OF DU,YELLOW CAKE, NATURAL URANIUM AND LEU WITH 2% U-235 AND URANIUM RODS (WHICH CANNOT COME FROM HOSPITALS).STOLEN URANIIUM CAN BE USED TO MAKE REDs/RDDs and INDs

• INDIA RANKS AT THE BOTTOM OF THE NUCLEAR MATERIAL SECURITY INDEX – BELOW PAKISTAN AND CHINA AND IN 2020 PAKISTAN WAS THE MOST IMPROVED NATION
o https://economictimes.indiatimes.com/news/politics-and-nation/india-ranks-near-bottom-of-nuclear-material-security-index/articleshow/28583157.cms?from=mdr
o https://www.geo.tv/latest/299375-nuclear-security-index-2020-ranks-pakistan-most-improved-country-for-security-measures

 As per the index, Pakistan is six points ahead of India when it comes to taking steps to ensure safety of nuclear assets.

o https://indianexpress.com/article/india/india-ranks-19-in-theft-ranking-for-countries-with-weapons-usable-nuclear-materials-5342468/
 According to the report, India’s nuclear security conditions could be improved by strengthening on-site physical protection, control and accounting, insider threat prevention, security during transport and cybersecurity by hosting an international security review and by establishing an independent regulatory agency.
 The weaknesses are particularly apparent in areas of transport security, material control, accounting, and measures to protect against the insider threat.

• THE NUMEROUS CASES OF NUCLEAR THEFT IN INDIA ARE A GROSS VIOLATION OF SEVERAL IAEA CONVENTIONS AMD STANDARDS ,AS UNDER: