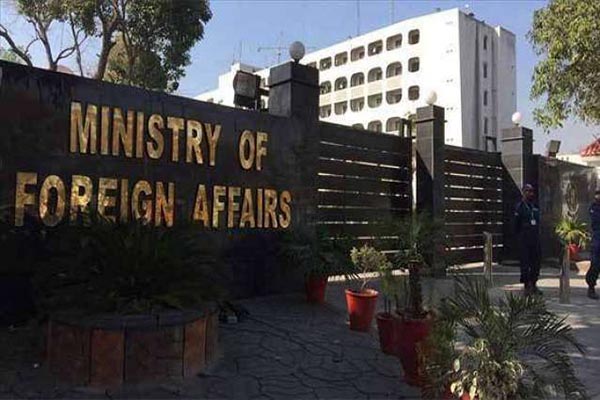 Pakistan on Wednesday rejected an Indian media report on remarks by the chief of the International Atomic Energy Agency (IAEA) over a missile fired into Pakistan earlier this year as a “disingenuous attempt” to absolve Delhi of its “irresponsible” nuclear behavior.

On March 9, India “accidentally” fired a nuclear-capable, but unarmed, BrahMos missile into Pakistan, claiming it was the result of a “technical malfunction.” Amidst calls for an independent probe, India conducted an investigation and sacked three air force officers in August for the “accidental firing.” This was rejected by Pakistan, which reiterated calls for a joint probe.

On Nov. 14, an article published by The Indian Express claimed the IAEA did not see the firing of the missile into Pakistan as a cause for concern, nor did it believe it raised any questions on the safety of nuclear material in India. “Rafael Mariano Grossi, the director general of International Atomic Energy Agency, told The Indian Express in an interview at COP27 climate change meet that the incident was not viewed as a risk and there had been no consultation with the Indian government on this issue,” it said, adding that Grossi had said the IAEA had not sought any information about the incident from India.

Reacting to the report, Pakistan’s Foreign Office said it was a “disingenuous attempt” by Indian state-sponsored media to absolve Delhi of its irresponsible nuclear behavior. Noting that the report should have been qualified by stating that the IAEA has no mandate on such matters, it said the director-general’s response could not be “purposely misinterpreted” to trivialize the incident of a nuclear-capable missile being fired into a neighboring country and its implications for regional and global security.

“The incident has raised several questions about India’s conduct as a nuclear state, including whether it was actually an accident,” read the Foreign Office statement. “India also needs to answer questions about the underlying intentions, technical features and reliability of the missile system, safety, security and nuclear command and control protocols, and the presence of rogue elements in the Indian military,” it said, adding India must also explain “several repeated incidents” of nuclear and radioactive material theft and illicit trafficking. “It was expected to report these nuclear security related incidents under the IAEA Incidents and Trafficking Database,” it said.

“These critical questions, which remain unanswered, should continue to be of concern to the international community,” it added.