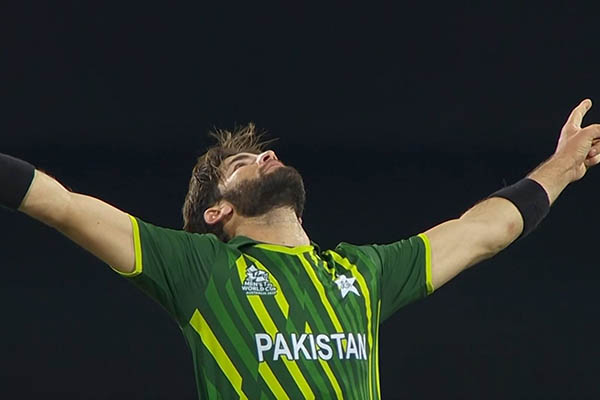 Pakistan soared into the ICC Men’s Twenty20 World Cup 2022 on Wednesday, defeating New Zealand in the semi-finals by 7 wickets, with 5 balls remaining. This is the first time Pakistan has reached the final of the T20 World Cup since winning the competition in 2009, 13 years ago.

The entry to the final match of the tournament capped the national cricket team winning four consecutive matches after opening the series with two successive losses to India and Zimbabwe. Key to Wednesday’s win was captain Babar Azam, who returned to form after several matches in the doldrums, managing his highest score of the competition with 53 runs off 42 balls. He was ably supported by fellow opener Mohammad Rizwan, who scored 57 runs off 43 balls. The Pakistani team’s batting chase was rounded out by Mohammad Haris scoring 30 runs off 26 balls and Shan Masood securing 3 runs off 4 ball.

The match began with New Zealand opting to bat first. Opener Finn Allen scored four runs off 3 balls before being dismissed in an lbw delivery by Shaheen Shah Afridi. Fellow opener Devon Conway scored 21 runs off 20 ball before being run out by Shadab Khan. Kiwi captain Kane Williamson, in his turn at bat, scored an impressive 46 runs off 42 balls, but was bowled out by Afridi. The Black Caps subsequently managed to achieve a target of 152 runs in 20 overs, with Glenn Philips scoring 6 runs off 8 balls before being caught out by Mohammad Nawaz; Daryl Mitchell heaping on 53 runs off 35 balls; and James Neesham rounding out their innings with 16 runs off 12 balls.

In their turn at bat, Pakistan’s opening pair of Babar and Rizwan achieved 105 runs off 76 balls. Babar was first to fall to the Black Caps, being caught out by Mitchell in the 12th over. Rizwan was caught out next by Phillips (with Trent Boult bowling) at the end of the 17th over, with 21 runs remaining to secure the win. The third wicket to fall for Pakistan, Haris, managed to add to the team’s spree with 30 runs off 26 balls, before being caught out by Allen (with Mitchell Santner bowling) at the end of the 18th over. The remaining two overs of the match were played by Masood and Iftikhar Ahmed, who added the 3 runs needed for Pakistan to enter the final of the tournament.

Pakistan now has a viable chance of another World Cup title, the first since 2009, and the first in Australia since 1992, when the country secured its first ever ODI title. In that hallowed tournament, much like this year’s events, the team returned to form from the brink of elimination and beat New Zealand in the semi-finals before taking on England in the final.

“It means a lot,” Babar told media after reaching the final. “We did not start the tournament well, but after South Africa lost we took our opportunity and we are playing our best cricket and in the final,” he said, vowing to put in maximum effort for the final match over the weekend.

“Credit to Pakistan, they were too good,” said New Zealand captain Williamson. “At the halfway stage, we felt we had something to defend there but Pakistan were outstanding with the bat,” he continued, adding that “we certainly wanted to make them work harder for those runs.”

Pakistan will now take on either England or India in the final on Sunday at Australia’s Melbourne Cricket Ground.

Pakistan’s entry to the final match of the tournament triggered a rare show of unity nationwide, as political rivals all congratulated the team and country and prayed for a similar success in the overall tournament.