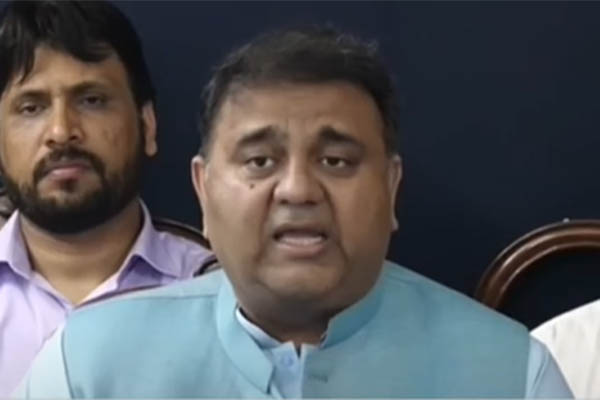 The PTI’s senior leadership met under the chairmanship of Imran Khan at Shaukat Khanum Hospital on Friday afternoon, announced Chaudhry Fawad Hussain, and decided that an investigation into yesterday’s attack on the long march was not possible until the individuals accused of “masterminding” it had been removed from office.

“The leadership examined all aspects of the attack, including its background, in detail and determined it was a prelude to a well-planned conspiracy, the masterminds of which are Prime Minister Shehbaz Sharif, Interior Minister Rana Sanaullah, and Maj. Gen. Faisal Naseer,” he alleged in a series of posts on Twitter, adding that it had been decided that no probe into the shooting could proceed until these three had been removed from their posts.

The meeting’s participants, said Fawad, had also expressed disappointment over the performance of Punjab Inspector General of Police Faisal Shahkar and demanded his immediate removal. “The meeting condemned a conspiracy to give a religious color to this attempted murder and reviewed statements of a segment of journalists on social media and [broadcast] media, as well as confessional videos of the suspect in this regard,” he added.

Maintaining that Imran Khan was leading the country’s “only” federal political party, the PTI leader reiterated claims of any attack on Khan being akin to an attack on Pakistan. “The meeting saluted the martyrdom of Moazzam Gondal [who was shot dead by the attacker] and praised the courage and bravery of Ibtisam [who captured the shooter],” he added.

According to Fawad, doctors who have been treating Khan had briefed the meeting’s participants over injuries, adding that initial details suggested there was more than one attacker. “The meeting strongly condemned the attempted assassination of Imran Khan,” he added.

Fawad also said PTI chief Imran Khan would address the nation later today, adding he would take the nation into confidence on various issues related to the “conspiracy.” Regardless, he stressed, the ‘haqiqi azadi’ protest would continue.

Separately, PTI supporters staged protests in various cities across Pakistan following Friday prayers, blocking roads and demanding the removal of the “conspirators” behind the attack on Khan. In Faizabad, Rawalpindi, clashes were reported between security forces and PTI activists, with police resorting to tear-gas shelling after protesters pelted stones at them.