Foreign Office has announced that Mohammad bin Salman’s trip to Pakistan, scheduled for later this month, has been indefinitely deferred 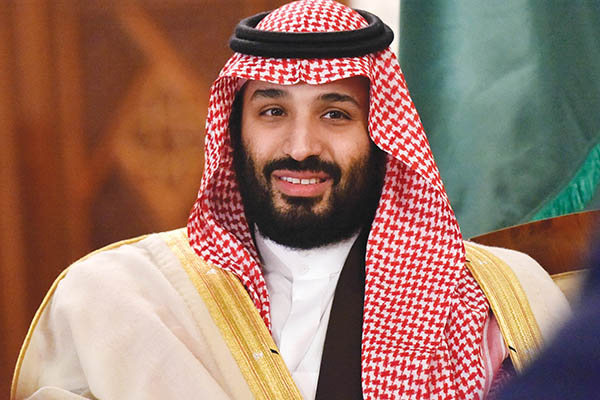 The Foreign Office on Saturday confirmed that a much-anticipated visit of Saudi Crown Prince Mohammad bin Salman to Pakistan—scheduled for later this week—has been postponed, though it did not offer any clarity on the reasons behind the decision. The information vacuum has allowed both the ruling coalition and the Pakistan Tehreek-e-Insaf (PTI) to trade blame for the cancellation of the visit, which was expected to see the announcement of Saudi investment in Pakistan.

In a statement posted on Twitter, Defense Minister Khawaja Asif equated the cancellation of MBS’ visit to the cancellation of Chinese President Xi Jinping’s visit in 2014, when the PTI was staging a sit-in at Islamabad. “This person [Imran Khan] is working on an agenda against the country,” he alleged, referring to the PTI’s ongoing long march on Islamabad, which has already seen several mass protests and road closures.

In response, PTI leader Chaudhry Fawad Hussain claimed Asif was “lying” and that the Saudi crown prince had cancelled a planned visit to all of Asia, rather than just Pakistan. He then claimed that the reason for the cancellation was a desire of foreign leaders to “maintain distance” from the ruling coalition if they wished for positive long-term relations with Pakistan.

The back-and-forth continued on TV, with leaders of both camps telling various journalists that the other was to blame for the abrupt postponement. In a posting on Twitter, PPP leader came out on the side of Asif, writing: “Postponement of visit of Saudi Crown Prince is a moment of reflection. Are there parallels with the postponement of President Xi scheduled visit to Pakistan in 2014?”

While never officially announced, MBS was reportedly to reach Islamabad on a two-day visit on Nov. 21. This date coincides with the expected arrival of the PTI’s long march to the federal capital—though it remains unclear when that would happen, as the party has shifted dates around multiple times since launching it last month. According to sources within the government, the visit was to mark the announcement of several investments in Pakistan, equaling nearly $10 billion, including an additional bailout package and the potential establishment of an oil refinery.