Adviser to the C.M. alleges federal institutions are not aiding provincial government’s efforts to maintain peace and rule of law 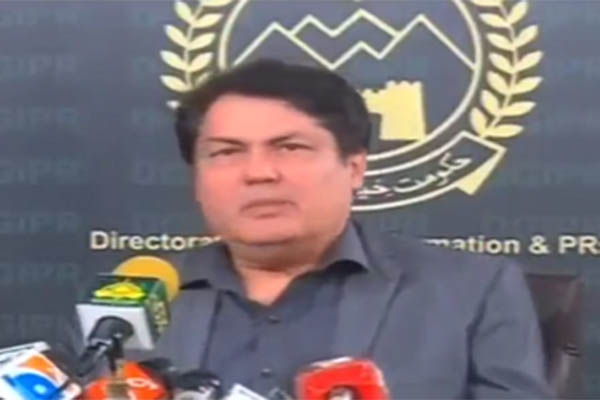 Special Assistant to C.M. on Information Barrister Ali Saif on Wednesday said that the Khyber-Pakhtunkhwa government was not involved in peace talks with the Tehreek-e-Taliban Pakistan (TTP), adding that his participation had been as a representative of the state of Pakistan.

Addressing a press conference at the Swat Press Club, he maintained that the talks—which had been facilitated by the Afghan government led by the Taliban—had been held in accordance with the Constitution and the law of the land. However, he admitted, there had been no real progress in the negotiations, which were intended to curb terrorism in the country.

“Adviser to the P.M. Amir Muqam is also a member of the committee formed for negotiations with TTP,” he said, claiming that it was falsely being suggested that some areas of the erstwhile tribal areas had been “handed over” to Taliban under an agreement, adding that any final decision on the matter fell under the ambit of Parliament.

According to Saif, recent incidents of terrorism in Swat had actually delayed negotiations with the TTP. He also alleged—without any evidence, as is routine for the PTI—that the Pakistan Democratic Movement (PDM) wanted to create chaos in Khyber-Pakhtunkhwa for political gains. “The PDM does not want to eliminate terrorism in Swat; they all want unrest in Swat and Malakand division,” he claimed, rubbishing reports that Chief Minister Mahmood Khan had not been trying to maintain peace.

Claiming the chief minister was conducting meetings on the security situation of Swat regularly, he said the provincial government would not compromise on law and order in Swat. “We are happy the people of Swat took to the streets for peace. Durable peace will prevail in the valley with the support of provincial government,” he said, alleging that it was federal institutions who were proving a stumbling block.

According to the adviser to the C.M. on Information, the provincial government had sought the assistance of the Pakistan Telecommunication Authority (PTA) to ascertain the identity of the unidentified persons who were calling people in Swat for extortion but had not been facilitated. “PTA and other organizations, including the FIA and IB, are not cooperating with the province in preventing terrorism,” he said.

The KP official’s press conference came as the Pak Institute of Peace Studies issued data showing that Pakistan had seen a 51 percent increase in the number of terror attacks over the year following the Afghan Taliban’s return to power in Afghanistan.

According to PIPS, 433 people have been killed and 719 injured in 250 attacks across Pakistan between Aug. 15, 2021, and Aug. 14, 2022, compared to the deaths of 294 people in 165 attacks the previous year. “The mindless jubilation over Taliban victory is now turning into a rude shock because the evolving security situation under the erratic Taliban rule indicates Pakistan is about to face yet another ordeal viz-a-viz terrorism,” read the think-tank’s report.