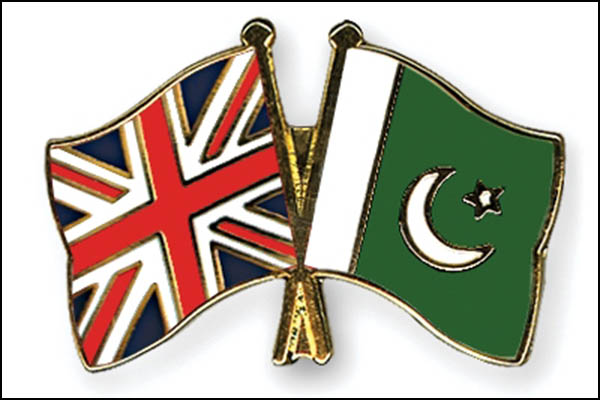 The United Kingdom on Monday removed Pakistan from its list of “high-risk third countries,” saying this was in accordance with the Financial Action Task Force (FATF)’s decision last month to remove Islamabad from its “increased monitoring” grey-list.

“Some good news. The United Kingdom has officially removed Pakistan from its list of ‘high risk third countries’ following our early completion of FATF action plans,” Foreign Minister Bilawal Bhutto-Zardari announced in a posting on Twitter on Monday night. He also shared a letter from the U.K. Foreign, Commonwealth and Development Office (FCDO) detailing the reasons behind the decision.

“His Majesty’s Treasury issued an amendment to the U.K.’s ‘high risk third countries’ list on Nov. 14, 2022 through a statutory instrument,” read the U.K. letter. “The amendment removes Pakistan from the list in accordance with the decision taken by the Financial Action Task Force (FATF) on Oct. 21, 2022. The FCDO recognizes the progress Pakistan has made to improve money laundering and terrorist financing controls,” it added.

Pakistan was added to the U.K.’s list of ’high-risk’ countries in April 2021 over its “unsatisfactory” money laundering and terrorist financing controls. Comprising 21 countries in total, the list was identical to one issued by the FATF of countries that were subject to increased monitoring. In addition to Pakistan, the list also included countries such as Syria, Uganda, Yemen and Zimbabwe.

The FATF, last month, removed Pakistan from its grey-list after a period of four years, noting Islamabad had addressed all 34 points of an action plan and had made significant progress in countering money laundering and terrorist financing. Following this, the Pakistan High Commission had urged the U.K. to also remove Islamabad from the list of ‘high-risk’ countries, thereby facilitating travel and investment from British nationals.