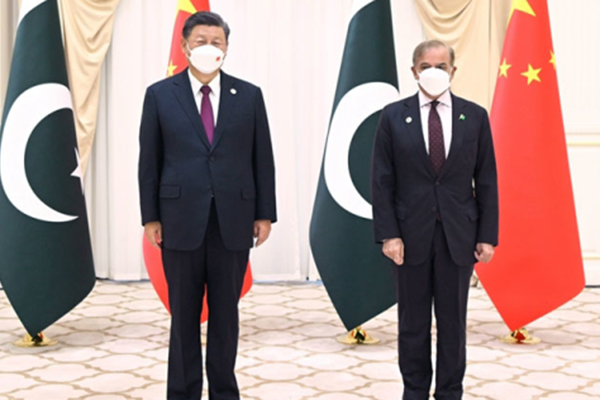 Prime Minister Shehbaz Sharif paid an official visit to Beijing last week, with a stated aim to revive the life-changing China-Pakistan Economic Corridor (CPEC). It was the latest in a series of “foreign policy revivals” by the incumbent government, preceded by a visit to Saudi Arabia to seek the Gulf kingdom’s investment in Pakistan; another bilateral relationship that was put into cold storage by Imran Khan’s dangerous statesmanship. The diplomatic outreach has also helped Pakistan escape the economically crippling impact of the Financial Action Task Force (FATF)’s grey-list.

The statesmanship currently on display has been interpreted by Khan as “self-humiliation” in various public speeches, but it’s the same outreach that has forced India to reconsider its recent hostility with Pakistan amidst growing calls for resumption of trade between the rival nations. Despite being at odds with China in Galwan, Delhi remains with Beijing under the BRICS umbrella and has also been offered a chance to join CPEC.

CPEC has a real chance at changing the dangerous game between Pakistan and India. In 2017, China asked India to join the One Belt, One Road project, assuring it that “the China-Pakistan Economic Corridor would not impinge on anyone’s sovereign rights.” At the time China had compared its ties with India to “two family members” having “some differences” that can be resolved through amiable discussion. But India remains opposed to CPEC because of its rivalry with Pakistan and its general trend to “pivot east” against China in tandem with the United States. Nonetheless, its connectivity with China is ongoing in three multi-state organizations: the Shanghai Cooperation Organization, G20 and BRICS. Beijing’s assurances, however, do little to alleviate India’s concerns with CPEC passing through Gilgit-Baltistan, which is shown as part of Kashmir according to at least two U.N. resolutions on the disputed region; and the Pak-China border agreement of 1963 that ceded some territory to Beijing contains an article recognizing its contingent status.

Why did Khan, as Prime Minister of Pakistan, offend the Chinese while getting nowhere with India? Unfortunately he has been thought by some to have “presumed that most of the CPEC projects were scarcely negotiated or done so in a skewed manner.” His ouster has allowed Pakistan to crawl back toward “normal” in its ties with “friendly” nations, though the future remains murkier than ever with Khan promising mass protests with the full support of two provincial governments under his control.

For a poor, developing state, international isolation is a worst-case scenario, but “greatness” as defined by the disenchanted West is not possible without it. Imran Khan’s heroic “disenchantment” with Pakistan’s traditional friends appeals to the masses, but in terms of foreign policy of an economically squeezed state—as compared to India and Bangladesh in the neighborhood—it makes it a failed state in South Asia. Can we say we are out of trouble or does Khan still have space and time to have his way with the country?