Heavily criticized during his tenure as Army chief, the soon-to-retire officer also took some appreciable steps 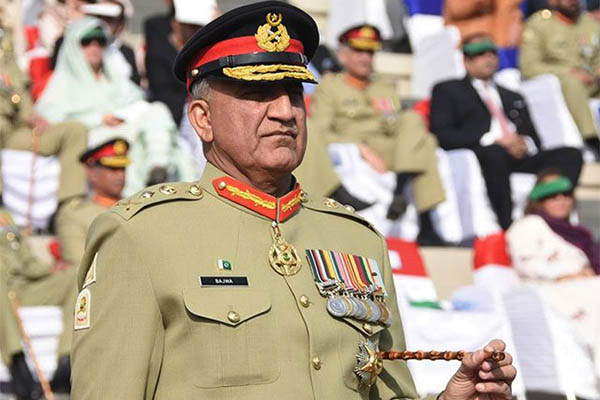 Chief of Army Staff (COAS) Gen. Qamar Javed Bajwa was appointed to his present post on Nov. 29, 2016 and—barring any unforeseen developments—is set to retire on Nov. 29, 2022 upon the completion of his second, three-year term as Army chief. Subject to great controversy and criticism, much of it over the so-called “hybrid regime” that evolved during his tenure and attracted a great deal of public scrutiny, Gen. Bajwa’s time as Army chief wasn’t all bad and also included some important and constructive decisions that established praise-worthy precedents. In many ways he was different from the traditional Army chiefs that had preceded him. He was not as “anti-India” as a “normal” chief is supposed to be, nor as anti-U.S. as they subliminally veer toward. This “original thinking” might have put off many “traditional” thinkers who saw it as a threat to Pakistan’s recognized nationalism.

Under Gen. Bajwa, the Pakistan Army launched Operation Raddul Fasaad in February 2017, aimed at clearing the erstwhile tribal areas of militant sanctuaries and eliminating terrorist sleeper cells nationwide. One of the major successes of the operation was the fencing of the Afghan border, which signaled a change in the perception of threat-direction from the east to the west. The completion of the fencing project can be credited for Pakistan suppressing, but unfortunately not entirely overcoming, the tide of militant attacks from Afghanistan after the withdrawal of international troops from Kabul.

Gen. Bajwa also played a key role in the implementation of the life-changing China-Pakistan Economic Corridor (CPEC), wielding diplomacy rather than force, to revive it when it came under threat. Under Bajwa, scholars acknowledged that Pakistan’s relations with China deepened through CPEC despite the role of spoiler played by ousted prime minister Imran Khan. Chinese Minister for National Defense Gen. Wei Fenghe acknowledged and appreciated the Pakistan Army’s sincere efforts for regional peace and the secure environment provided to CPEC projects, while foreign ministry spokesperson Geng Shuang said of his extension: “We believe that under the leadership of General Bajwa, Pakistan Army will continue to make contributions to upholding Pakistan’s sovereignty and security interests and regional peace and stability. General Bajwa is an extraordinary leader of the Pakistan Army.” After then-prime minister Khan unwisely offended the U.S., Bajwa achieved another feat of diplomacy by visiting Washington and discussing “matters of mutual interest, regional security situation and bilateral cooperation in various fields.” The visit was widely perceived as an effort to help restore Pak-U.S. relations when the prime minister of Pakistan was making mistakes.

The renewal of a ceasefire agreement between Pakistan and India has also been described as “General Bajwa’s moment,” as it came after the rival states almost broke out in war. He spoke like an oracle at a national seminar, appropriately titled Pakistan’s Economy: Challenges and Way Forward. He told the event organized by the Institute of Strategic Studies, Research and Analysis at the National Defense University in Islamabad: “Countries cannot develop individually, it is the region which develops. For our region to develop we need to have greater regional connectivity among all neighbors.” This statement offered a message of support for not only the government in power but also an unexpected improvement of the national defense strategy, as the general adopted a mature line on ties with India.