‘Haqiqi Azadi’ Movement to Continue With or Without Early Elections: Imran Khan 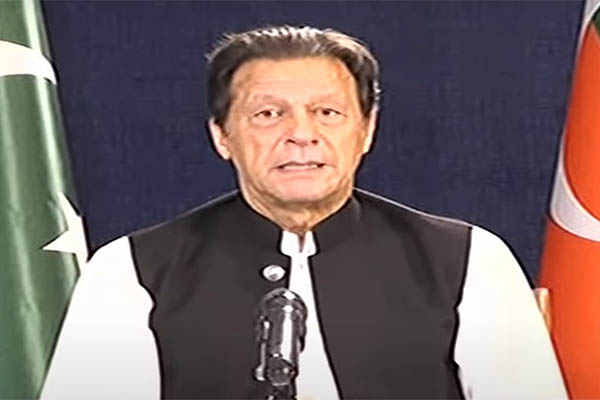 Addressing the PTI’s ongoing long march via video-link, he reiterated that the purpose of his long march was to achieve “real independence” and this aim would continue until decision-making for the nation occurred within the country and not at the behest of any foreign power. Maintaining that people are emancipated in countries where law and justice prevail, he said people played politics on courts and police stations because they were unable to get justice. In the West, he claimed, people got justice through systems, not due to the largesse of their local representatives.

Attributing the rule of law and transparency to Western countries attracting more investment and trade, he lamented that even a former premier like himself—with a government in multiple provinces—was unable to get a first information report registered per his wishes. “What can a common man expect?” he added. He said overseas Pakistanis wanted to return to their homeland to invest in it after making money abroad, but did not trust the system.

Alleging that the current circumstances were far worse than during the dictatorship of Gen. (retd.) Pervez Musharraf, he said the situation needed to change, whether through peaceful or destructive protests.

Regretting the alleged torture of Senator Azam Swati while in police custody, he stressed that he would unveil his plans about the final leg of the long march on Saturday (today).

During his speech, Khan slammed the incumbent government for “ruining” Pakistan’s economy, claiming there was a significant risk of default. No individual or entity would want to invest in Pakistan in this situation, he said, accusing PMLN leader Nawaz Sharif of refusing to cater to his demands for early elections. The government, he alleged, had not thought of the economic situation or security or foreign policy, and was only focused on closing corruption cases.