Filmmaker Saim Sadiq’s debut feature made history at Cannes, but faces a ban in native Pakistan over ‘objectionable material’ 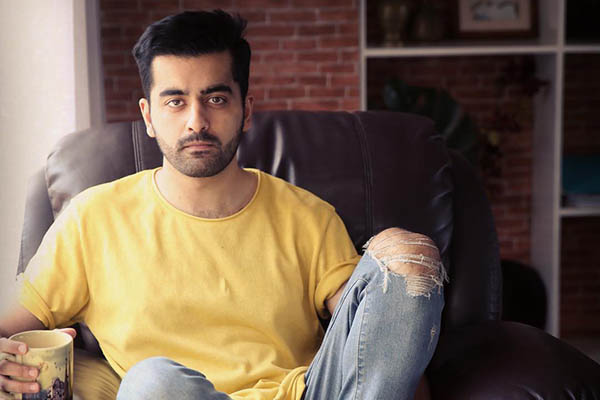 Saim Sadiq made history this year by becoming the first Pakistani filmmaker to not only produce a movie officially screened at the prestigious Cannes Film Festival, but also bring home the coveted Jury Prize and the Queer Palm, an independently sponsored prize for films featured at Cannes. The accolades don’t stop there: Joyland has achieved near-universal praise, securing an impressive 100% ‘Tomatometer’ score on U.S.-based film and television review aggregator Rotten Tomatoes.

Describing the Cannes honors as “too perfect,” Sadiq—who co-wrote, co-produced and directed Joyland—recalls that it was a genuine, albeit lovely, surprise when he received an email from the festival confirming that his debut feature film would become the first Pakistani film to ever be selected for official screening in France. What made it even better, he says, was that he received the email on March 28, the day he was celebrating his 31st birthday.

Co-produced with Pakistani filmmaker Sarmad Khoosat and Apoorva Guru Charan, a classmate of Sadiq’s from Columbia University where he got his MFA, Joyland depicts a typical, middle-class Pakistani family of Lahore. Consisting of patriarch Salmaan Peerzada as wheelchair-bound Rana; his two sons—Sohail Sameer’s Saleem and Ali Junejo’s Haider—their wives and Saleem’s children, the family unit struggles to make ends meet, amidst rising tensions over the lack of any male child to carry on the family name. What starts off as a fairly typical look into the trials facing the average Pakistani family veers into taboo territory when an unemployed Haider secretly joins an erotic dance troupe as a backup dancer for transgender performer Biba (Alina Khan), eventually falling in love with her. The fallout of that “forbidden” passion on the lives of every member of the family paints a poignant tale built on the pressure of expectations and fragile family dynamics.

In many ways, Saim’s rise to prominence echoes the trials faced by a majority of Pakistani filmmakers. Born in Lahore to what he describes as an “upper-middle class” family, Saim’s father is an Army officer while his mother a homemaker. Like so many “Army brats,” Saim had a peripatetic childhood, with time spent growing up in nine different cities of Pakistan. This constant migration, forcing him to familiarize with new environs and friends every few months to years, was offset by the films that proved his primary source of sustained comfort.

Due to his family background, he had no contacts in the local film industry, and started off by editing various clips at university competitions. Eventually, encouraged by his peers, he decided to pursue filmmaking as a serious career after completing his MFA. His first major accolade came from Darling, which won an award at the Venice Film Festival in 2019. Prior to that, his films Pasban (2017) and Nice Talking to You (2019) were also featured in various film festivals, with the latter netting the Vimeo’s Best Director award in addition to five other awards at the 2018 Columbia University thesis film showcase. After his graduation, he struck up a friendship with Sarmad Khoosat, whom he describes as a mentor and sounding board for future projects.

“I was always a very filmy kid,” he tells Pakistan Standard over a zoom call. “I would spend hours watching Bollywood movies over and over again and that’s where I get my flair for the dramatic,” he said, citing Laadla as a personal favorite. The 1994 action-packed Bollywood production starred Anil Kapoor and Sri Devi in a storyline tethered by an endless stream of drama and romance, largely typical of Indian filmmaking in the 1990s. This influence is easy to see in Saim’s filmmaking, though his work takes great care to pair the wildly animated world of Bollywood with an artistic imprint entirely his own—a highlight of Joyland.

Zeroing in on the ubiquitously disapproved—but no less popular—culture of mujra dancing in Pakistan that draws in a predominantly male, working class audience to nightly or weekly shows in commercial theaters, Saim asserts that Joyland depicts a part of Pakistan that is like no other. “Mujra is a part of our [Pakistani] culture that keeps it alive,” he emphasizes. “It offers another layer of vivacity and color like no other,” he says, recalling that he was forbidden access to this “whole other world,” which existed just a 30-minute drive from his parents’ home.

Describing his family as “traditionally conservative,” he notes that the culture of the dance troupes is often looked down on in Pakistan because it provides a platform to women where they are in positions of power; free to not only exercise their sexuality but also generate revenue from it.

Saim’s fascination with Pakistan’s stage theater scene, though, extends beyond the realm of the “nach” (dance), examining further the intricacies of the growing appeal of transgender dancers. Darling, the short film that preceded Joyland, won the Orizzonti Award for Best Short Film at the 76th Venice Film Festival in 2019—and was also a part of his MFA thesis at Columbia University. It, too, cast a sharp light on the socio-cultural evolution of the transgender experience in Pakistan, which introduced the landmark Transgender Persons (Protection of Rights) Bill, 2018, guaranteeing the country’s transgender citizens protection from harassment and discrimination in educational institutes and the workplace, as well as giving them the freedom to choose their own gender on their official documents.

Saim recalls having to go through multiple rewrites for Joyland because the rapid progress on the rights of the transgender community over the past four years compelled him to ensure that his film depicted an accurate reflection of the community’s experiences. This was no bad thing, he says, noting it was gratifying to be living in a time when previously maligned and marginalized trans citizens of Pakistan were slowly “making waves as actresses, teachers and nurses.” Unfortunately, Pakistan—like most of the rest of the world—is currently experiencing a period of rights reversal, with rightwing campaigns against trans rights gaining ground in both Parliament and on social media.

Key to the success of Joyland is the role of Biba, the outspoken transgender dancer who triggers a bout of soul searching for youngest son Haider after he joins her dance troupe. Ably portrayed by Alina Khan—the first trans actor to be cast as a trans character in a Pakistani production—Biba is a breath of fresh air as a character who offers no compromise on her personal identity even as she shatters boundaries imposed on her by society. Having previously worked with Saim on Darling, she sees her casting in Joyland—alongside veteran actors such as Sarwat Gilani and Sania Saeed—as a stepping stone for the mainstreaming of transgender individuals who are often seen trying to make a living through performances at weddings and in commercial theaters. In an interview for Vogue India, she candidly admitted that Joyland’s success had been key to helping her otherwise estranged and conservative family to slowly come to terms with her identity as well as her career. 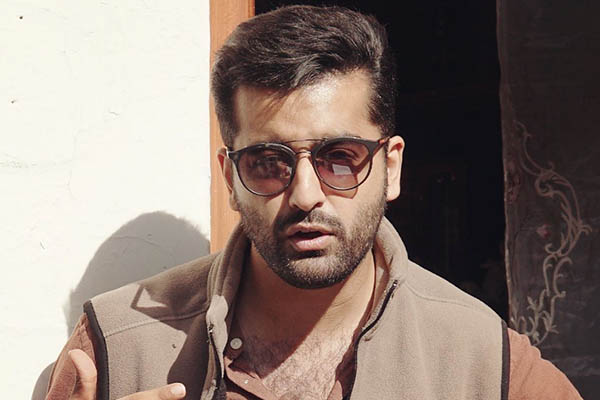 For Saim, it was essential that Joyland not only depict an accurate Pakistani transgender experience, but also examine the challenges faced by all Pakistanis living in one of the world’s most patriarchal societies. “Joyland sprang from things that bothered me,” he admits. Pakistan is a country of acquiescence, of culturally-imposed guilt and the subordination of people who languish in the margins by the patriarchy; the domineering force behind these social divisions. He notes that even after years spent working on Joyland, he remains in equal parts intrigued and perturbed by Pakistan’s transgender community: intrigued because of their avowed rejection of gender and sexual binaries; perturbed because of the manner in which they have historically been sidelined, abandoned by their families, with few choices apart from begging, dancing and sex work to ensure their economic survival. Coupled with the vitriol and violence they routinely suffer, Saim—who has an anthropology degree from the Lahore University of Management Sciences—is aware that he has barely scratched the surface.

In fact, Joyland tackles head-on the double standards of people enjoying the performances in the evening while deriding the performers during the day, using the evolution of Junejo’s Haider throughout the movie to question the mores of conservative men who seek to control the lives of the women around them; from deciding what constitutes “modest apparel,” to dictating their behavior in social situations.

In both films on the transgender experience, Saim also pays homage to Lahore and how integral its theater community is for the livelihood of its people. From the narrow streets of the inner city to the crowded roads where cars, motorcycles and public transport jockey for space, Saim’s cinematography is a love letter to the Punjab capital. His camerawork highlights the colors, as well as the shadows that are always threatening to encroach on them; from the vodka-stained theater seats to the talcum powder being used as stage makeup and the sweat-inducing stage lights that feature the performers. A key reason this works so well is the conscious decision to film Joyland in 4:3 aspect ratio, rather than the more popular 16:9.

“Joyland is a film with many characters and I really wanted the audience to get intimate access to their emotions,” he explains. “A tighter, more square frame like the 4:3 cuts a lot of the world out and focuses more on the sense of suffocation [and suffering] the characters may face, and I wanted the people who are watching to be a part of that subjective experience,” he adds. This plays out in all his works, with the camera lingering on actors in emotional moments, granting them the space to convey their characters’ emotions without dialogue.

No joy for Joyland

“It really has been a fun journey—but I really don’t know what I am doing, where I am going next!” Saim laughs when asked about what is next for him after Joyland. “Our win at Cannes really does feel like the start of something and I do want to produce more for Pakistan,” he said, while expressing confidence that the movie would not suffer the same fate as his mentor’s Zindagi Tamasha Hai, as “it is just entertainment.”

Unfortunately for Saim—and all Pakistani cinema fans and auteurs—Joyland was slapped with a virtual ban by the Information Ministry just days before its official release in Pakistan on Nov. 18. In a notification dated Nov. 11, it said the film “contains highly objectionable material which do not conform with the social values and moral standards of our society” and contained material in violation of Section 9 of the Motion Picture Ordinance, 1979. This, said Saim in an official statement, had left the entire team “gutted” and was a “grave injustice.”

Stressing that this “sudden U-turn” was “absolutely unconstitutional and illegal,” he noted that the film had already been certified by three separate censor boards in August. “The 18th Amendment in the Pakistani Constitution gives all provinces the autonomy to make their own decision. Yet, the [Information] ministry suddenly caved under pressure from a few extremist factions—who have not seen the film—and made a mockery of our federal censor board by rendering their decision irrelevant,” he lamented.

The Pakistani film industry often tries to find boogeymen for the failure of its productions to attract audiences. Earlier this year, filmmakers even demanded restrictions on the screening of foreign imports to “facilitate” local fare. The real issue, as evidenced from the ban on Joyland, and Zindagi Tamasha Hai earlier, is arbitrary censorship of films made for Pakistanis, by Pakistanis. Joyland has already been submitted by Pakistan as its submission to the 95th Academy Awards for the International Feature Film Award. There is little to celebrate, however, about a government branding as “immoral” a movie that has been picked to represent the best of its nation; tragically, the very society it depicts will now be unable to even have the option of watching it.