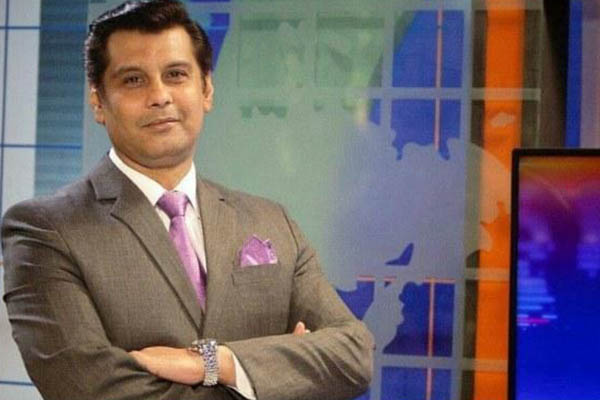 Pakistani anchor Arshad Sharif, who had left Pakistan after being charged with sedition in August, was shot dead in Nairobi on Sunday, according to a statement issued by his wife.

In a posting on Twitter, Javeria Siddique confirmed she had lost her “friend, husband and … favorite journalist,” as she urged media to respect the family’s privacy and avoid sharing pictures of her spouse’s body. While Siddique only specified that Sharif had been shot dead in Kenya, reports indicated it had occurred in its capital city of Nairobi, where the anchor had been residing for several weeks.

According to local media, police in Nairobi have initiated a probe into the shooting. The Foreign Office has also confirmed that the Pakistan High Commission in Kenya is gathering information from local authorities to determine the facts behind Sharif’s shooting.

While his career in Pakistan’s media industry spanned over two decades, Sharif was most recently associated with ARY News. He “parted ways” from the channel after leaving Pakistan over the filing of sedition cases against him for the broadcast of a statement by Pakistan Tehreek-e-Insaf (PTI) spokesperson Shahbaz Gill on Aug. 8. The FIR filed against Sharif had alleged he had “disrespected” state institutions and sought to incite mutiny within the armed forces.

Amidst reports of his impending arrest, Sharif left Pakistan for Dubai, from where he reportedly flew to London and then subsequently Kenya. In a statement issued after his departure, ARY News had claimed he left because of a social media post that was not in line with the company’s policy; however, it did not specify which posting had violated its rules.

Sharif was a vocal critic of the incumbent government and, in recent months, the security establishment.

A petition has already been filed in the Islamabad High Court (IHC) seeking an independent inquiry into Sharif’s death. During proceedings on Monday morning, Chief Justice Athar Minallah issued notices to the interior and foreign ministries, directing their officials to meet the journalist’s family and submit a report into Sharif’s death before the court by tomorrow (Tuesday).

Sharif’s death has prompted an outpouring of condolences from across the political divide. In a posting on Twitter, Prime Minister Shehbaz Sharif said he was “deeply saddened” by the “shocking” news and offered his condolences and prayers for the bereaved family.

PTI Secretary General Asad Umar, similarly, said he was “absolutely shocked” by the news and prayed for Allah to grant a place in heaven for Sharif. President Arif Alvi described the killing as a “great loss” to journalism and prayed for peace of his soul.

The journalist community, including prominent figures such as Hamid Mir, Asma Shirazi, and Waseem Badami have also expressed their anguish and offered prayers for his soul.