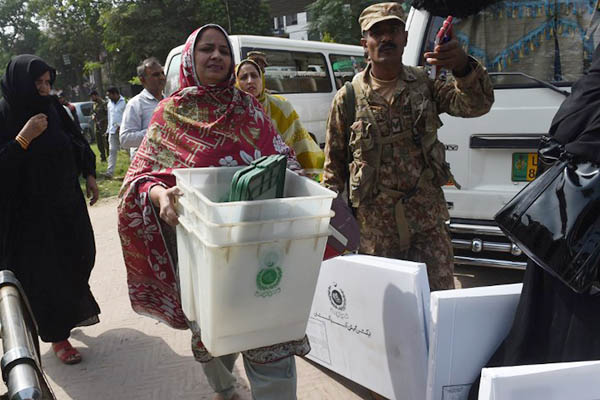 Political parties from both sides of the aisle on Tuesday hailed the hailed the Election Commission of Pakistan (ECP)’s decision to conduct the local government elections for Karachi and Hyderabad on Jan. 15, 2023 after several delays attributed to heavy rains, floods, and a lack of security personnel.

In a statement issued earlier in the day, the ECP announced its decision and directed all relevant provincial authorities ensure there was no shortage of security personnel for election duty on polling day.

Speaking with journalists in Karachi, Pakistan Peoples Party (PPP) Sindh President Nisar Ahmed Khuhro said the provincial government—led by his party—was ready for the next phase of the local body polls, adding that it would emerge victorious this time as it had in the first phase. To a question, he said the post-flood situation had improved sufficiently to conduct the elections as scheduled.

Meanwhile, Pakistan Tehreek-e-Insaf (PTI) Karachi President Bilal Ghaffar said he hoped there would be no further delays to the polling date announced by the ECP. In a statement, he claimed the public was frustrated by the “delaying tactics” used by the provincial government to avoid elections.

In a separate statement, the Jamaat-e-Islami’s Karachi chief Hafiz Naeemur Rehman urged the ECP to ensure the PPP-led provincial government did not hamper the polls. Urging the Sindh government to cease its “anti-democratic behavior,” he stressed that an empowered local government system was the only solution to the issues facing the people of Karachi.

Blaming the PPP and Muttahida Qaumi Movement-Pakistan (MQM-P) of opposing the local government elections, he claimed they were afraid of the JI’s growing popularity. He also pointed out that even as the Sindh government was claiming to lack sufficient police to ensure security for polling day, it was sending “hundreds of policemen” to Mujahid Colony to evict its residents.

Also on Tuesday, Pak Sarzameen Party chief Mustafa Kamal praised the ECP’s decision, adding that his party was ready for the polls. “Although there are many flaws in the current local government system that should be rectified, we still welcome the polls,” he said, emphasizing that the only solution to the public’s problems was the devolution of powers and resources to the grassroots level. “We have built Karachi, and now we’ll fix Karachi and Hyderabad,” he vowed.