Government maintains appointment will be finalized within this week 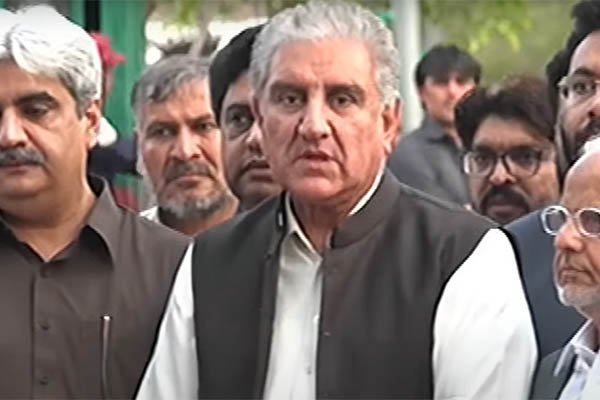 Pakistan Tehreek-e-Insaf (PTI) Vice Chairman Shah Mehmood Qureshi echoed earlier statements by party chief Imran Khan on Sunday, stressing that President Arif Alvi will not play the role of spoiler in preventing the appointment of the next Chief of Army Staff (COAS), as the ruling coalition formally began the summary process.

Speaking with journalists, Qureshi said the PTI had no issue with any of the nominees for the next Army chief. “Imran [Khan] has also clarified that the PTI has neither any favorite nor objection to the appointment of any person as the Army chief,” he said, though the military’s media wing had been compelled to issue a statement slamming the “politicization” of the process by Khan in various speeches over the past two months.

“We have no differences with the institution or had any in the past,” claimed the PTI vice-chairman, despite both Khan and party leader Chaudhry Fawad Hussain admitting in various press interactions that ties had fractured in the lead-up to the vote of no-confidence that led to Khan’s ouster as prime minister. “However, the statement of PPP Chairman Bilawal Bhutto about the president was uncalled for,” he added.

On Saturday, the PPP chairman had told a press conference that the prime minister had the sole prerogative to select the COAS, adding that if President Alvi attempted to play spoiler—as had been rumored—it would fall to history to decide whether he had upheld the Constitution or violated it by standing by Khan. “If he opts to block the P.M.’s summary, it will have consequences,” he added.

The federal government formally commenced the process to appoint the next Army chief on Monday, though the matter appears to be stalled over the lack of a summary, which must be moved by the Defense Ministry. Last week, Defense Minister Khawaja Asif said he expected the appointment to be finalized by either Tuesday or Wednesday. He amended that on Monday by saying the summary would be initiated and processed no later than Nov. 26—when the PTI is set to conclude its long march in Rawalpindi.

There has been a flurry of rumors over the important posting, with the military enjoying an outsized role in all aspects of Pakistani governance due to the country having spent nearly half its existence under various forms of military rule. In recent weeks, PTI’s Khan has directed his ire toward Prime Minister Shehbaz Sharif’s consultation with his elder brother, Nawaz Sharif, over the appointment, maintaining that the PMLN leader would “never” appoint anyone on merit.

By contrast, sources within the government are maintaining that they would appoint the senior-most general from a list provided to it by the Army.

Incumbent Army chief Gen. Qamar Javed Bajwa’s extended tenure ends on Nov. 29, with reports suggesting the succession would need to be confirmed by Nov. 27, when the senior-most successor is set to retire.