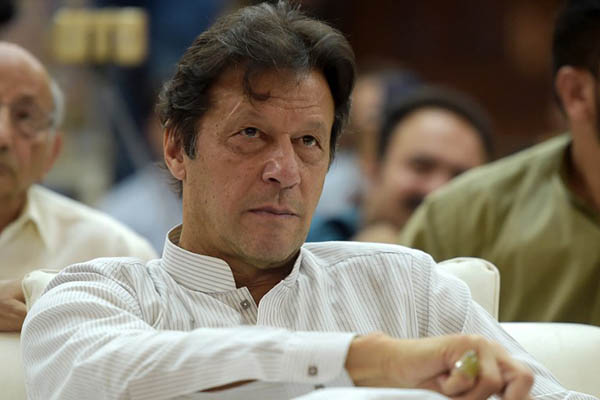 If one thought Imran Khan was the favorite of the Pakistan Army, the latest public fallout has reversed the situation that the PTI’s rival political parties were finding most disadvantageous. On Thursday, a press conference by DG ISPR Lt. Gen. Babar Iftikhar and DG ISI Lt. Gen. Nadeem Anjum made it clear that Khan and the Army are now on a collision course. If anyone believed Khan’s aggressive politics had the Army behind him—or the Army was dangerously divided over him—they were forced to change their way of looking at Pakistan’s politics.

The cause of the latest “confrontation” between a “united” Army and Imran Khan was the death of journalist Arshad Sharif, whom Khan had helped escape “the wrath of the Army” through facilitation by the provincial government of Khyber-Pakhtunkhwa. Khan has alleged that Sharif had been threatened by the Army to an extent that he had himself advised the journalist to leave Pakistan. He had not revealed that he had actually used his provincial government to get him out of the country—a point clarified by the military’s press conference. What muddies the investigative waters, however, is Peshawar’s statement that the journalist had been threatened by the Tehreek-e-Taliban Pakistan—even as the military claims it had no intelligence of this.

There is a mystery that has not been resolved. Why was Arshad Sharif faced with numerous FIRs—by whom?—and what was the nature of these FIRs, which left him unwilling to leave Pakistan and required Khan to “persuade” him to depart? Reportedly, Sharif was then received in Dubai by another ARY journalist, who persuaded him to travel to Kenya—where he was killed—upon the expiry of his Dubai visa. The Army’s press conference suggests a decision was made to finally make public the long-running quarrel between the Army’s current leadership and Imran Khan; long-rumored but unconfirmed in Pakistan. A general assumption, built over years, of the Army preferring Khan as Pakistan’s ruler was thus dashed, rubbishing statements by retired military officers who had appeared on TV and urged the public to support the PTI chief against the “corrupt” political parties arrayed against him.

One wonders what happened to those pro-Imran officers, who are rarely seen on TV nowadays. What has, instead, come to the fore is the “hidden differences” between Army chief Gen. Qamar Javed Bajwa and Khan; the most prominent being Khan’s repeated claims of a U.S. conspiracy being behind his ouster, despite multiple denials from the military and Foreign Office. The DG ISPR and DG ISI made it very clear that the “cypher” used by Khan was fake and that was used to prop up the PTI’s narrative at the cost of ties with the U.S. The “dissatisfaction” expressed by the armed forces of Pakistan with the U.S. is no secret—and there is reason to think this tendency persists—but under Gen. Bajwa there have been attempts to reverse this, as proven by the general’s own successful diplomacy with Washington to repair its strained relations with Islamabad. What is defeated in the process, once again, is former prime minister Imran Khan’s “American conspiracy narrative.”