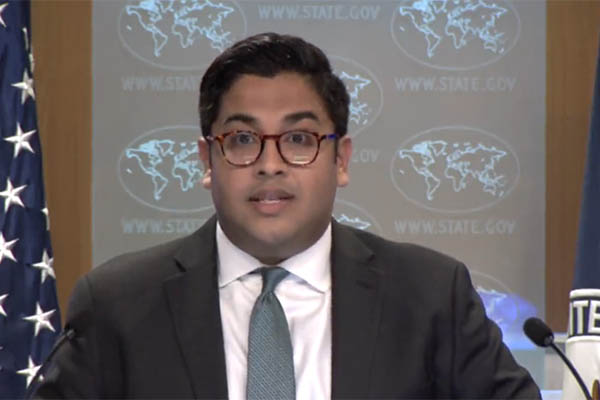 The United States on Monday backtracked from President Joe Biden’s controversial remarks about Pakistan’s nuclear weapons program, saying it is “confident” of Islamabad’s ability to keep its nuclear assets safe and secure.

Responding to a journalist’s query about Biden’s comments, Patel maintained that the “U.S. has always viewed a secure and prosperous Pakistan as critical to U.S. interests. And more broadly, the U.S. values our long-standing cooperation with Pakistan.” Stressing that the two countries have a “strong partnership,” he recalled that Foreign Minister Bilawal Bhutto-Zardari had visited Washington recently and met Secretary Blinken, while Counselor Chollet and USAID administrator Sam Power had visited Karachi and Islamabad to review the situation following this year’s floods.

“So, this is a relationship we view as important, and it’s something that we’re going to continue to remain deeply engaged in,” he added.

Last week, while addressing a Democratic fundraiser in Los Angeles, Biden had discussed various geopolitical concerns, including Pakistan’s nuclear assets. “What I think is maybe one of the most dangerous nations in the world: Pakistan,” he said. “Nuclear weapons without any cohesion,” he added, provoking stringent criticism in Pakistan, which summoned U.S. Ambassador Donald Blome to the Foreign Office for a formal demarche. In separate statements, political leaders in both the opposition and government also condemned the comments and maintained that Pakistan’s nuclear assets were completely safe.

Amidst the mounting outrage, the White House had clarified the comments by stating that “the president views a secure and prosperous Pakistan as critical to U.S. interests.” Patel’s clarification followed on that and appear to be have been motivated by Chollet’s meeting with the Pakistani envoy.

According to a posting on Twitter, Chollet met Ambassador Khan “to discuss U.S.-Pakistan long-standing partnership and further grow our ties in so many areas including health, agriculture, education, entrepreneurship, energy and more for the benefit of our peoples and the region.” In response, Khan posted a tweet thanking Chollet for his constructive role, adding that they had discussed means to “build further resilience in Pakistan-U.S. relations and boost strategic trust between the two countries.”